What Really Happens in Solitary Confinement?

Physically, you will likely experience anxiety, dizziness, heart palpitations, and sweating. But the psychological effects will be far more painful. 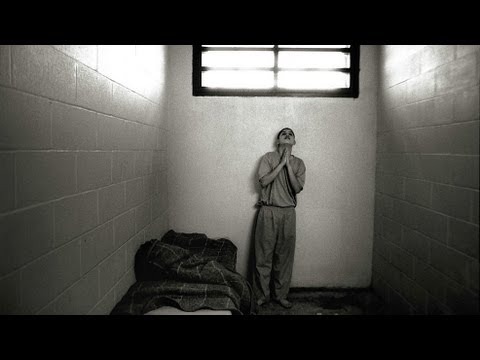 Solitary confinement: Also known as `the box' or `the hole.' Some believe it to be an effective way to discipline prisoners for bad behavior "” after all, human contact is pretty much all there is to take away from people with hardly any privileges left to lose. Others consider time in the hole to be a form of cruel and unusual punishment.
The debate has gone on for centuries. In the United States, solitary confinement was first implemented in early 1800s. Initially, it was a purely experimental concept "” a possible alternative to the death penalty. Eventually, solitary confinement became a common form of disciplinary action in prisons nationwide. But 200 years later, this topic still ignites controversy on a regular basis. 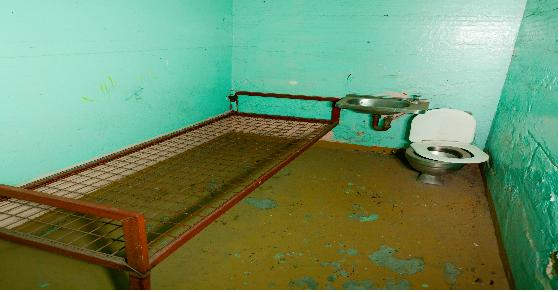 The infamous hole, Mark Higgins/ Getty Images
For instance, this week a three-judge panel in Virginia will convene to reevaluate the state's practice of holding all death row inmates in solitary confinement until their execution. This discussion has been prompted by a lawsuit filed by one inmate who, after spending six years in solitary, is arguing his prolonged state of isolation to be unconstitutional.
According to reports, plaintiff Alfredo Prieto had been held for 72 months in a 71-square-foot cell with no outside contact. Indeed, this does sound inhumane even for a murderer. But consider this: Some prisoners have been placed in the hole for decades.
In fact, be it six years or six days, solitary confinement is by definition a form of torture that is both psychological and physical. According to inmate testimony, solitary confinement has been compared to being buried alive and is worse than death. Here's how the punishment typically plays out:
You will be placed in a cell measuring between 6 x 9 to 8 x 10 feet for 23 hours a day. Depending on the prison, you may or may not be permitted a copy of the Bible. There's a good chance that the light in your cell will always be on, even at night. The hum of the light bulb will quickly become deafening.
You will be given an hour (sometimes less) of fresh air in a small, enclosed outdoor pen "” also by yourself. You will be served three meals a day through a slot. There will be no interaction with the person who delivers your food. 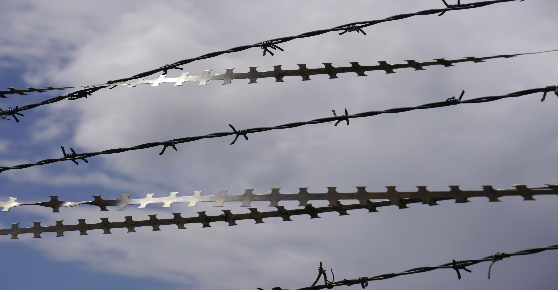 This will be the highlight of your day, Al Meerbusch/ Getty Images
Physically, you will likely experience anxiety, dizziness, heart palpitations, and sweating. But the psychological effects will be far more painful.
You will lose track of the days of the week, the seasons, the time of day, and time in general. You will start to hear voices. You will talk to yourself. You will hear other solitary inmates scream, moan, and cry.
You will try to cut yourself so you can use your own blood as ink to write or draw with. Or, you'll use your own feces.
You will intentionally hurt yourself just to alleviate boredom. Eventually, you will want to kill yourself and odds are you will repeatedly try.
One thing an inmate in solitary confinement won't experience is personal growth or behavioral improvement. Filmmaker Dan Edge produced an in-depth documentary about life in the box last spring. In a follow-up interview he stated, "I now have absolutely no doubt that extended stays in solitary are detrimental to the mental health of inmates. They deteriorate quickly and sometimes dramatically, and some inmates become more rather than less dangerous during their time in solitary."
In Edge's documentary, titled Solitary Nation, even a prison warden admits that he wouldn't want an individual who's served any significant portion of his prison sentence in the box living next door to him when he gets out.
But it's not just personal testimony that proves both the inefficiency and inhumanity of solitary confinement. In 1993, a psychiatrist said he found that this form of discipline "induces a psychiatric disorder characterized by hypersensitivity to external stimuli, hallucinations, panic attacks, cognitive deficits, obsessive thinking, paranoia, and a litany of other physical and psychological problems." Such mental disorders are not only clearly detrimental to the people who suffer from them, but are also known to stir violent tendencies in those afflicted.

Bowie15/ Getty Images
So even though Alfredo Prieto may have committed some unspeakable atrocities, he does have a case.
This isn't to say that people who've committed heinous crimes, be it in or out of prison, don't deserve to suffer. But because solitary confinement is cruel and unusual in nature, it is thereby technically unconstitutional. Anyone who's survived prolonged solitary stay will agree. But even imagining the experience should be enough for most people to draw the conclusion that the hole is in fact torture.
Read This Next

1
Here's Why Having Dogs In Prison Is Good For Everyone
We bet you won't be able to read this story without getting teary-eyed.

2
15 Life Hacks That Might Get You Into Trouble
Be careful: These hacks come with a risk!

3
This Is What It's Like To Live On Death Row
It's hard, so imagine if the person is actually innocent.
Advertisement
Read This Next

These Prisoners Broke Out Of Their Cell To Do Something Incredible
It didn't matter where they were, these guys did the right thing.

These People Tried And Failed Spectacularly To Commit Crimes
They're anything but smooth criminals.

These Deadly Homemade Prison Weapons Will Give You Chills
They say necessity is the mother of invention.