Use Your Words: Over-Emojing is Becoming a Thing 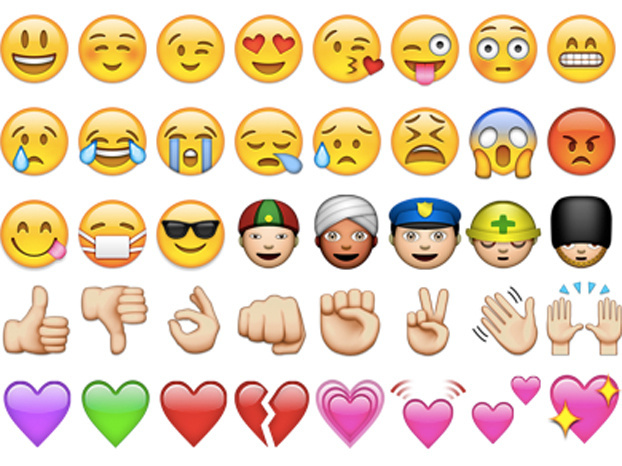 Say you find yourself in a Starbucks and you witness a soccer mom dealing with her cranky toddler who can't communicate what he or she wants to eat. The first thing the soccer mom says is, "Use your words." If the kid is good with his or her words, they get that gluten-free, marshmallow dream bar. If not, then things are going to get really ugly, really fast.

The same scenario could be applied to all of us who over-emoji.

The world emoji literally means, "picture + character." They originated in Japan in the late 90's and were used primarily in pagers (pagers "“ how we don't miss you) that were popular with teenagers. What was originally a solution for mobile operators to keep their systems running smoothly by limiting text is now a full-blown language. The word "emoji" is even in the Oxford English Dictionary, which is ironic "“ don't ya think "“ because it is a word that describes the idea of no words, which is kind of like Bruce Lee's "fighting without fighting" minus the awesome scissor kicks to the back of the head.

Yet, as fun as emojiing all over your cellphone screen is, something is being lost in the process. And that is communicating with real words. Emojis are not only putting a dagger in actual words, they are also stealthily destroying our faith in being able to say exactly what we mean.

1) Be more clear next time.

Think of it this way: If you were having a face to face conversation with someone, would you physically wink at them? Winking is bad enough in real life; you don't need to send it electronically. Winking died in the 1970s with Burt Reynolds and it should stay that way.

There is something dismissive and disingenuous when it comes to using symbols instead of words. When you send the emoji of folded hands as your way of saying "thank you" instead of actually taking the time to type "thank you," then your  "thank you" means exactly jack squat. Even a lazy "thanxs" would mean more. And if you are just "trying to honor the Japanese culture," then there are better ways of doing that "“ like actually going to Japan.

And is a symbol of a heart really that heartfelt? Adding three more feels even less from the heart. Take the time to tell a person how you really feel. It shows that you put some effort into it. Don't just rely on symbols. Symbols are easy. Words take some sweat equity.

I get that short handing things in life can be awesome sauce. Emojis provide that kind of short handing. But if you send me an emoji that I have to spend the time looking up what it means, then that short handing is meant only for you. For me, it is a time suck. Which means that, in the long run, emojis aren't so much for the receiver as they are for the giver.

Replacing words with characters feels like a lack of confidence in truly expressing yourself. You don't trust your words, so you put your trust in a tiny picture of an information desk person as a way to communicate. And that's fine, but just like anything else we overdo, overdoing emojis puts a strain on the English language, kind of like a verbal groin pull. So maybe we should listen to the soccer mom every now and then.

Maybe we should use our words. 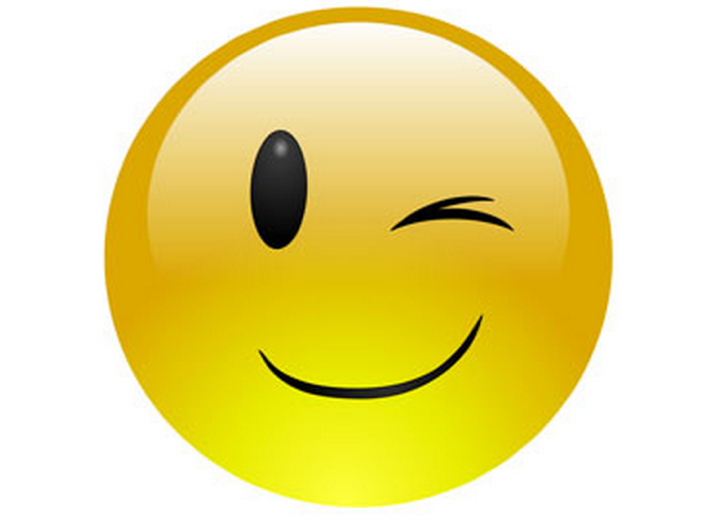 1
This Is What All Those Emojis In People's Twitter Handles Mean
The rose. The snowflake. The globe. Find out the message each of these symbols represents.

2
Faces That Look Like Emojis
These people are making absolutely text-able faces!

3
Some of the Most Clever Use of Emojis
These people are using Emojis the right way.
Advertisement
Read This Next

If Your Boyfriend Doesn't Text You Like This, You Deserve Better
Lindsey Gentile | Lifestyle
Advertisement

Signs He's Into You
Abi Travis | Lifestyle
You May Also Like

If Your Boyfriend Doesn't Text You Like This, You Deserve Better
It's better to be single than to date someone who isn't worth it.

Every Parent Needs To Know This Dangerous Texting Slang
You need to keep up with your kids to keep them safe.

Text Messages That Will Instantly Turn You Into A Giant Ball Of Anxiety
Dot Dot Dot... For the love of God, WHAT?!