The TV Feminist of the 21st Century

These women don't need to remind the audience that they can do anything regardless of what's between their thighs. 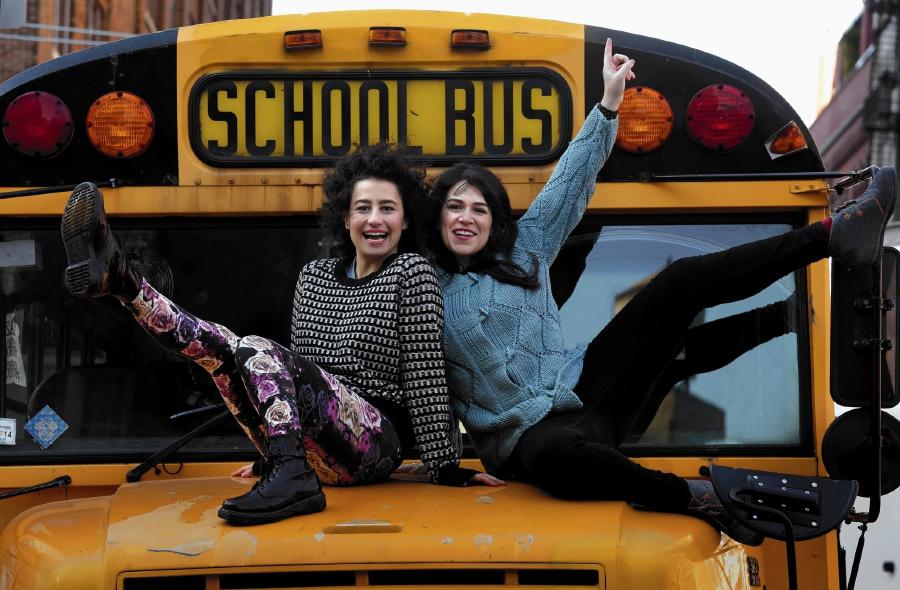 The feminist movement has come a long way since the bra-burning '60s. Long-haired hippie chicks protesting for reproductive rights have been replaced by a more subtle, grounded legion of women less likely to view themselves as victims of sexism and oppression and who don't feel the need to force society to "hear them roar." Instead, these modern feminists opt to conduct their lives like, well, everyone else.

While certain megastars like Beyoncé seem to have just recently discovered the term feminism and now feel it is their duty to "empower" their female followers in everything they do (except when it comes to showing off their natural appearance in photos), other celebs choose a less obvious approach.

Comedian Amy Schumer, for instance, uses her comedy to debunk the standard ideology of the feminist and show us that women can have the same world view as men. Unlike the scores of obvious feminists who feel that being able to multitask and control and manage their lives makes them a strong representation for the feminist movement, new-era feminists like Schumer take a more organic approach, proving that, above anything else, feminism is just about being yourself.

Schumer also has no issue with poking fun at the typical feminist. In a skit on her Comedy Central show Inside Amy Schumer, Schumer hosts a gang bang in order to prove that women like herself aren't objects and have control over their sexuality "” a theme that has been played to death in the traditional feminist movement. However, once she realizes what she's about to, ahem, take on, she backs down, until one of the participants expresses relief that she no longer wants to go through with it as she is not his "body type." Schumer quickly changes her mind again because how dare a man not want to sleep with her and insult her body?

While Mary Tyler Moore was the epitome of the intelligent, independent working girl of the '70s, many of today's female leads are taking on unique, less impassioned roles. Yes, there are plenty of shows like ABC's Scandal, which boasts a highly empowered female cast, however, more and more programming is moving toward the depiction of women with no agenda or anything to prove. These women don't find the need to be more ambitious or work harder than their male counterparts, nor do these characters feel that they must assert their independence or remind the audience that they can do anything regardless of what's between their thighs.

One of the most relevant television shows that highlight this new wave of feminism is another Comedy Central hit, Broad City. With Broad City, creators Abbi Jacobson and Ilana Glazer take a less glaring approach at depicting how truly equal women are to men by simply allowing the characters to be themselves, and, unlike Lena Dunham's Girls, their brand of humor is more gender neutral with the ladies navigating the world of sexuality and drugs and exploring urban life as many men would.

Broad City gives us a host of characters and scenarios that suggest that today's feminists aren't out to prove they're better than men, but, perhaps just as human, and, as such, just as horrible.

Similar to Broad City, besties Abbi and Ilana, Deandra "Sweet Dee" Reynolds from FX Network's cult favorite It's Always Sunny in Philadelphia is an unlikely champion of feminism. Sweet Dee is the only female member of a gang of obnoxious, surly misfits whose wild, often precarious antics frequently land them in trouble with neighbors, acquaintances, and innocent strangers. However, Dee deviates from the stereotypical demure role taken on by the token female buddy because her behavior and attitude makes her just as unlikeable as the boys in her crew. Not only does she play an active role in many of the group's atrocious hijinks, she is often the instigator and ringleader in their bizarre schemes.  And while the show does acknowledge Dee's lack of a male member, as the other characters regularly taunt her for being an inapt girl, it does not handle her with kid gloves. Dee, who is played by Kaitlin Olson, receives the same verbal ridicule as the guys and Olson is often the butt of the physical comedy that takes place in the show.

Many may argue that television's portrayal of the new age feminist suggests that they're narcissistic, shallow and crude, and shows that feature female characters with these attributes are doing a disservice to the feminist movement. However, depicting characters that behave like average, flawed humans may not necessarily be a bad thing. After all, the point of feminism is equality, so women shouldn't have to be nicer or stronger or better than their male counterparts "” they can simply be jerks like everyone else.

Scientists Have Discovered That If You're Funny, There's Some Pretty Bad News For You
Joseph Porter | Lifestyle

These Physics Jokes Are Relatively Humorous...Get It?!
Seth Garben | Science
Share
Read This Next

1
Scientists Have Discovered That If You're Funny, There's Some Pretty Bad News For You
A new study shows that stand-up comedians are at risk for early death.

2
Simpsons Gags That We'll Admit Took Us A Second To Get
We definitely didn't get all of these Simpson jokes when we were kids.

3
These Physics Jokes Are Relatively Humorous...Get It?!
Here's some of the best physics jokes the internet has to offer!
Advertisement
Read This Next

The Best Jokes from 'Whose Line Is It Anyway?'
Alan Denton | Funny
Advertisement

Some of the Greatest Quotes From 'The Golden Girls'
These quotes are sure to have you reaching for the cheesecake.

TV Characters Aware That They're on a TV Show
These aren't just one-time meta references. These are characters who seem consistently aware the world they live in is missing a wall.

Fictional Holidays We Really Want to Celebrate
Bored celebrating the same old Christmas and Thanksgiving every year? Maybe if these 15 fictional holidays were real that wouldn't be a problem.