The Real Story of Bonnie and Clyde: 6 Facts That You May Not Know

History and the media has filled our heads with all kinds of stories about Bonnie Parker and Clyde Barrow, and only some of those rumors are true. 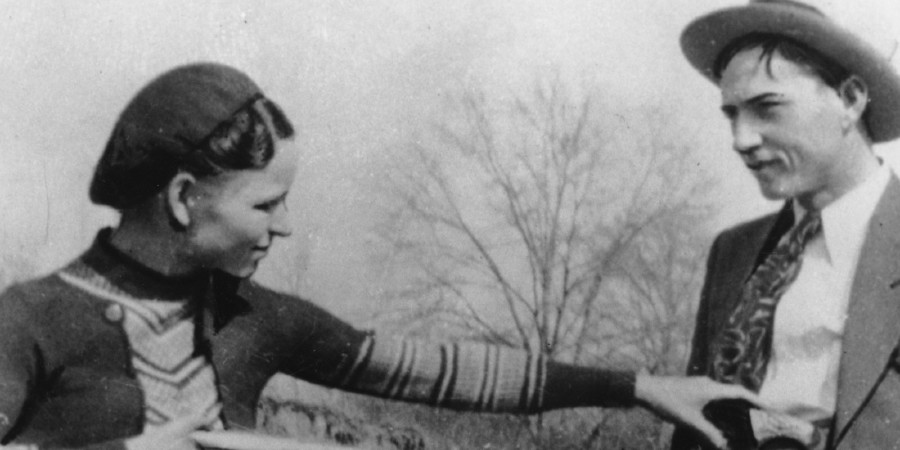 History and the media has glamorized and immortalized Bonnie and Clyde, two of America's most famous criminals. The couple has also been villainized by the public with harsh tales of their antics coming from every direction. The question remains, what is fact and what is fiction? Here's a peek into the truth of their madness.

1. Bonnie Got Her Gun

It is true that she joined a gang of criminals and could be deemed an accomplice, but the truth is that Bonnie never fired a gun. She actually hated guns and would do her best to steer clear of them.

Bonnie was not the killer that history portrays her to be: she actually would try to convince Clyde to kidnap people rather than to kill them. She would encourage Clyde to drive captives hundreds of miles from where they were kidnapped, and then they would be released at a secluded location. She actually saved several people from being killed by using her feminine wiles to influence Clyde.

3. Thirst for the Spotlight

Bonnie had always dreamed of becoming an actress. She loved being in the spotlight.Many photos portray Bonnie totting a gun and smoking a cigar, but in actuality she hated cigars and even went as far as to issue a public statement about it. The photos taken of her and Clyde, posing in a gangster-like manner, helped to make them celebrities and Bonnie thrived on this.

She was willing to display the necessary image for the public to gain attention.

Movies, TV and books have portrayed the duo as massive bank robbers, but they actually did not rob as often as people think. They actually robbed 15 banks or less and some more than once. They came out empty handed in some cases and in others with as little as $80.

Bonnie would drive the getaway car from time to time, but most of the time she had little to no involvement at all in the Barrow Gang crime sprees. Sometimes, she would even stay behind at their hideout of the moment.

Clyde was notorious for robbing stores and stealing cars and was sentenced in 1930 to 14 years at Eastham Prison Farm, a place known for harsh conditions and cruel treatment. Clyde's mother pleaded to the governor of Texas, his home state, on his behalf and he only had to serve a year and a half. He was paroled after that. During his time in prison, he was abused by guards, brutally raped and beaten by another prisoner, and starved. He eventually stabbed his rapist to death and one of his prison pals, who was serving a life sentence, took the blame.

To escape difficult work tasks, Clyde took an ax and chopped off two toes on his left foot. Little did he know, he was going to be paroled soon after. Clyde walked with a limp for the rest of his life.

Bonnie suffered a horrible injury in the summer of 1933 when Clyde, who was known for reckless driving, swerved to avoid a detour sign that he did not spot right away. He plunged into a dry riverbed and in the process, the car battery shattered and sprayed battery acid all over Bonnie's right leg. Her leg was severely burned and due to the fact that Clyde could not take her to a doctor, her leg never healed properly.

She hobbled around for the remainder of her life and Clyde often had to carry her.

Movies and TV have tried glamorize the lives of Bonnie and Clyde, but in reality, they faced some pretty hard times and rough conditions.

Bonnie and Clyde both grew up in poor environments. Bonnie was raised by a single mother and money was tight. Clyde's family was so poor that they all had to sleep underneath their wagon.

Life on the run was certainly not easy for the duo. The stress and constant fear of getting caught wore on them. Bonnie longed for a more civilized life, but her love and devotion for Clyde keep her hanging on. Money was tight, as their robberies did not produce much. They had once stayed in hotels, but as money grew tighter and the risk of being caught increased, the pair had no choice but to live out of their car on a daily basis and/or camp in the wilderness. Food, shelter, and basic necessities were scarce.

History and the media has filled our heads with all kinds of stories about Bonnie Parker and Clyde Barrow, some of it true and some true at all. There was more to these two than meets the eye and they had another side to them that movies, TV, and books do not accurately reflect. One thing's for sure, though: These bank robbers were madly in love.

1
Password Stress Is Real (And Resulting In More Cybercrime)
A recent study revealed that 30% of people believe that password management is as stressful as retirement.

2
Simple Tricks That Might Actually Save Your Life
Read these tips and then share them with your friends and family!

3
Police Officers Responded To A Frantic Call About A Home Intrusion And Found An Unlikely Suspect
This was not your typical burglary investigation.
Advertisement
Read This Next

What the Guff?! The Strangest News Stories From the Week of 11/29 You Probably Missed
Alex Seedman | News
Advertisement

What the Guff?! The Strangest News Stories From the Week of 11/1 You Probably Missed
Shawn Binder | News

What the Guff?! The Strangest News Stories From the Week of 11/29 You Probably Missed
Racist Facebook commenters get shamed, a 116-year-old celebrates her birthday and a new drug promises to extend our lives by decades.

The Absolute Craziest Stuff Seized by the Police
Before justice caught up with them, these guys were living the high life.

Bad Girls: Notorious and Dangerous Women Throughout History
They were ruthless, powerful, and extremely dangerous.