The Infinite Battle Between Marvel and DC

Dark and gritty didn't quite work for Superman on his own, as Superman isn't a dark character by design. 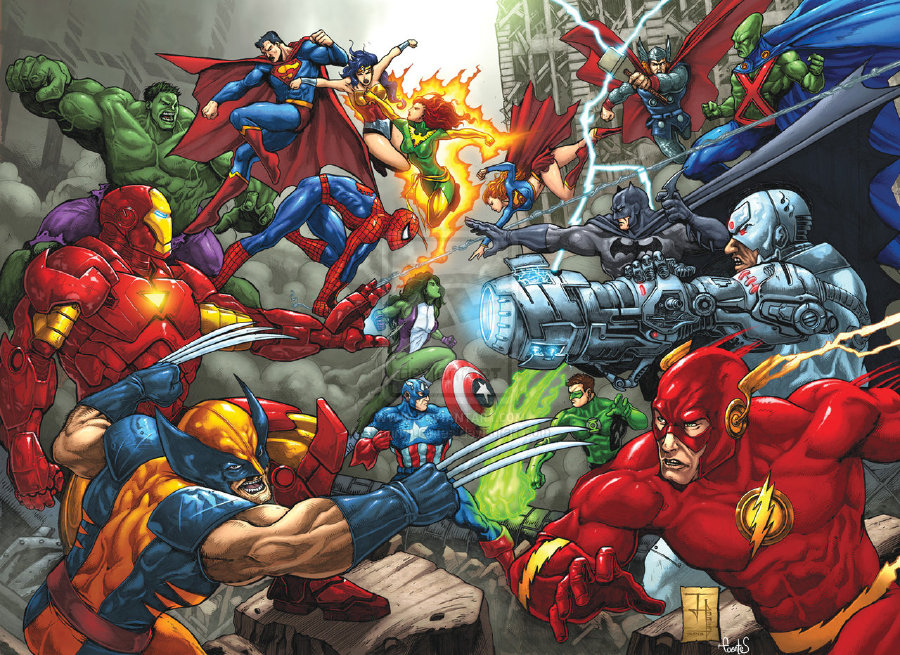 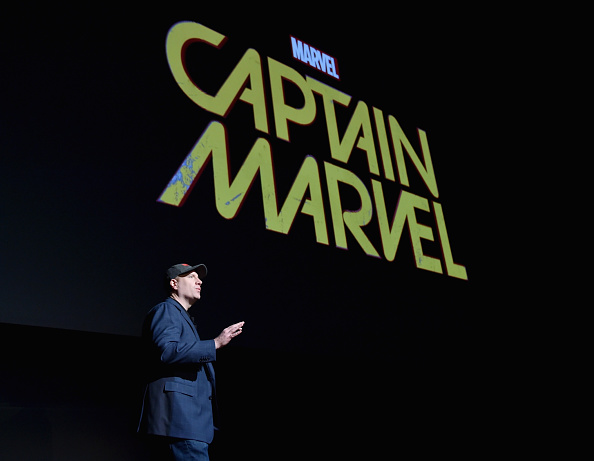 With the full trailers for DC's Batman v. Superman: Dawn of Justice and Suicide Squad premiering during the recent San Diego Comic Con and promptly setting fans to foaming at the mouth, it looks like DC may be about to give Marvel a run for its money.  So, I thought now would be a good time to revisit the age-old Marvel vs. DC feud with a closer look at their new crop of movies. Spoiler alert: Marvel won the first round.  But can they keep their momentum going like Juggernaut?  Well, Fox owns Juggernaut, so probably not.

First off, let's talk about these trailers.  Superman ripping the Batmobile apart!  Ben Affleck running into falling skyscraper debris!  Harley Quinn and Joker, bad as they wanna be!  And weirdo Lex Luthor with romance novel hair! There is a lot to be excited about here. Just the fact that all of these amazing, iconic characters will either be on screen for the first time (Harley Quinn, Deadshot, Wonder Woman, Enchantress, Killer Croc...) or on screen together for the first time (Superman, Batman, Joker, Lex Luthor...) is cause for excitement.  Beyond that, it seems to me that the cast is killing it in their respective roles. Yes, that includes Jared Leto, who has the biggest shoes to fill out of all of them. Tattoos aside, he looks and acts more deranged and dangerous than any Joker before, and that's the hardest part of the role. 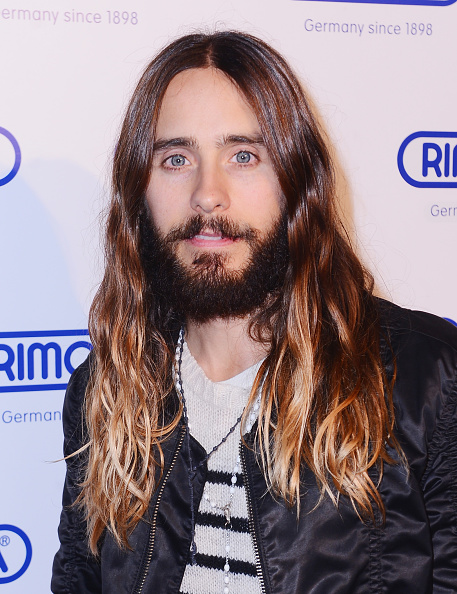 Speaking of the characters, I think DC's quality bench is what really gives them the edge this round.  From the start, Marvel was hobbled by their inability to use some of their best, most popular characters in their movies.  True, Spider-man has thankfully returned to the fold, and that will help a lot, but we've also seen plenty of Spider-man in film already.  It's just not as exhilarating as seeing Harley Quinn with her giant mallet or Killer Croc in chains for the first time.

Plus, Marvel still can't include comic book mainstays Wolverine (and all the other X-Men), Deadpool, The Fantastic Four, The Silver Surfer or The Hulk (unless they can come to terms with Universal Pictures, who still own the distribution rights for solo Hulk movies.)  While The Avengers are hugely popular and Marvel has done wonders with them, let's face it; the Avengers aren't gritty or dark, which are highly-valued qualities in the superhero industry.

Without Wolverine or Deadpool, Marvel is lacking their star antiheroes.  Sure, they've recently gotten Daredevil and Punisher back, but they've relegated them to TV.  Meanwhile, DC has their full comic lineup at their disposal.  They have their Avengers-style, boy-scout superheroes (Superman, Wonder Woman) and their dark, flawed superheroes (Batman, Suicide Squad).  They've got the full monty!

Let's talk about the two companies' movie lineups.  Besides Batman v. Superman and Suicide Squad, DC has Wonder Woman, Justice League 1 and 2, The Flash, Aquaman, Shazam, Cyborg and Green Lantern slated for production. These are all hugely popular A-List properties, and with the exception of the Green Lantern, none of them have been on film before.  That means DC has star-power and novelty on their side.

Now let's take a look at Marvel's lineup: Captain America: Civil War, Doctor Strange, Guardians of the Galaxy 2, Spider-Man, Thor 3, Avengers: Infinity War Parts 1 and 2, Black Panther, Captain Marvel and The Inhumans.  All of these are sequels or reboots, with the exceptions of Doctor Strange, Black Panther, Captain Marvel and The Inhumans. The sequels and reboots will all make a ton of money because The Avengers and Spider-Man are awesome, and Marvel somehow made us all love a raccoon and a talking tree.

But that's kind of my point.  After The Avengers characters were used up, Marvel's next move was to dip into completely obscure, little-known material with Guardians of the Galaxy.  Then Ant-Man.  Of course, they did a great job with Ant-Man, as they always do, but it's obscurity caused it's opening box office to be the lowest of any Marvel movie, save The Incredible Hulk.

Now, Doctor Strange, Black Panther, Captain Marvel and The Inhumans aren't nearly as B-List as Ant-Man (Well, the first three aren't), but none of them are as widely beloved as any of the characters on DC's list.  As sure as I am that it's going to be a good movie, I just can't honestly say I'm excited for that Captain Marvel movie.  I can't do it!  Can you?  But a dark, gritty Aquaman with Khal Drogo cracking skulls and courting mermaids?  You bet your booty I'll be in that theatre seat!  And I hate Aquaman!  I do know who he is though.  Everyone does.

How excited are you? Getty Images

Regarding DC's chosen tone of dark and gritty, I feel this is an undervalued aspect of their films that will soon become much more appreciated.  People forget that this was the style of Nolan's Batman films, widely regarded as the best in the superhero movie biz.  Would they still be so highly held had they been light and playful, like Marvel's movies?  I doubt it.

Dark and gritty didn't quite work for Superman on his own, as Superman isn't a dark character by design. But it will play much more successfully now that Batman and the Suicide Squad are in the mix, as dark and gritty are those characters' bread and butter.  Marvel, on the other hand, continues to go light and playful and claims to choose to do so, because it really doesn't have any dark characters in its stable, unless they make a Daredevil or Punisher movie.

In the end, both comic powerhouses will produce enjoyable movies and make a ton of money doing so.  But if I had to bet on which one will make the more entertaining films during the next cinematic phase of their respective universes, I'd have to put my money on DC.

And in case you're wondering about my allegiances, I'm a Marvel man since adolescence. 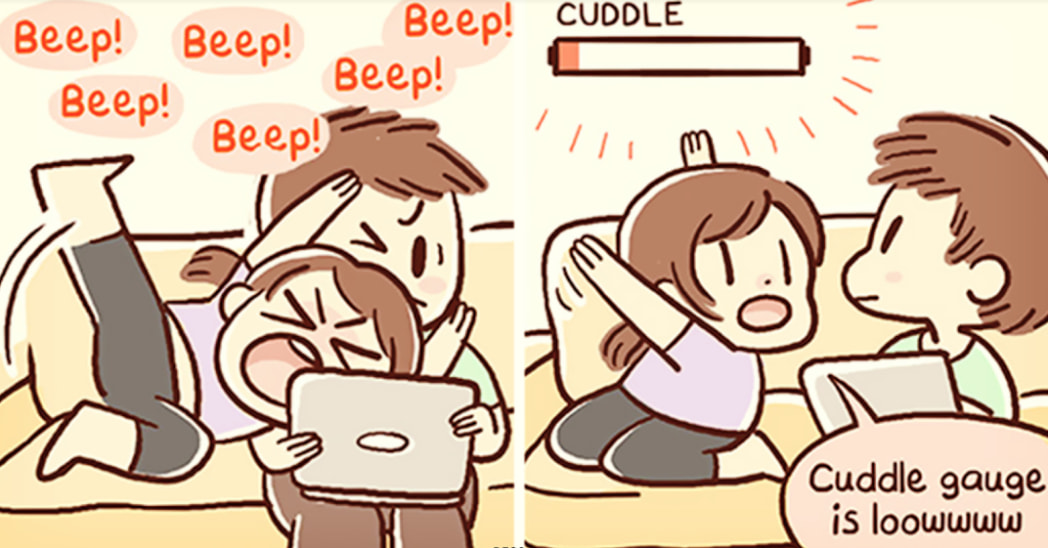 This Girlfriend Secretly Illustrated Life With Her Boyfriend, But When He Found Out He Uploaded The Comics To The Internet
Lindsey Gentile | Awesome
Share
Read This Next

1
This Woman's Hilarious Comics Depict What Everyday Life Is Like With Her Boyfriend And Their Puppy
We'll take the dog and the boyfriend, please.

2
Brutally Honest Comics That Reveal What Happens When You Get Too Comfortable In A Relationship
Does every couple do this?

3
This Girlfriend Secretly Illustrated Life With Her Boyfriend, But When He Found Out He Uploaded The Comics To The Internet
#relationship goals.
Advertisement
Read This Next

The Real Differences Between Love And Lust
Chris Garcia | Awesome

These Hilarious Comics Prove The Struggle Is Real For Girls Dating A Literal 'Giant Nerd'
They are big giant nerds, but you can't help but love them.

Brutally Honest Comics About Adulthood That Will Make You Wish You Were A Kid Again
These comics cut right to the core.

The Real Differences Between Love And Lust
A side-by-side comparison of "making love" and "doin' it."