The Best Foods For Brain Health

But experts agree. Eating right is essential for brain health.

"Of all the organs in our body, the brain is the one most easily damaged by a poor diet," said Dr. Lisa Mosconi, director of the Women's Brain Initiative and an associate professor of neuroscience in neurology and radiology at Weill Cornell Medicine and NewYork-Presbyterian Hospital. "From its very architecture to its ability to perform, every aspect of the brain calls for proper food."

Mosconi, who has written books about the science of food and the brain, said many people have misconceptions about what "proper food" might be. One of the biggest fallacies she's been hearing lately is the idea that a very high-fat diet is somehow helpful to the brain.

"This is not what most research shows," she said.

Dietary supplements are another area where people get misled, said Dr. Kristine Yaffe, professor of psychiatry, neurology and epidemiology at the University of California-San Francisco. Except when someone is deficient in a specific nutrient, vitamin supplements don't seem to improve brain health, she said.

Similarly, supplements that contain omega-3 fatty acids and fish oil have gotten a lot of attention. But while they might help certain heart patients when prescribed by a physician, research has not confirmed benefits for brain health. "There have been a number of trials, and they haven't borne out," said Yaffe, who was a co-author on a 2017 American Heart Association advisory on brain health.

So, what does work?

"We still have a lot to learn about that," Yaffe said. But certain foods do seem to help when they're part of an entire dietary pattern. And that diet looks similar to the ones physicians recommend for heart health.

image courtesy of  YuliiaHolovchenko via Shutterstock

A Mediterranean-style diet – heavy in fruits, vegetables, fish and nuts – lowers stroke risk in women and may lead to better cognitive ability in old age, studies have found. A 2018 study Mosconi led estimated it provided 1.5 to 3.5 years of protection against the development of biomarkers for Alzheimer's disease. Another science-backed eating plan that limits red meat, sodium and added sugars and sweets, called DASH (Dietary Approaches to Stop Hypertension), may reduce stroke risk.

Mosconi highlighted some nutrients – antioxidants, such as vitamin C, vitamin E and beta-carotene, and anti-inflammatory B vitamins and omega-3 fatty acids – that she said are important for the health of neurons.

But neither Yaffe nor Mosconi is a fan of singling out something as the perfect brain food.

"I don't believe in 'superfoods,' or that any one food or food group is key to brain health," Mosconi said.

And not that there's anything wrong with blueberries, Yaffe said, but "you wouldn't want to be thinking, 'If I only eat blueberries, that's going to do it.'"

image courtesy of Prostock-studio via Shutterstock

It's also important to think of foods that are potentially harmful to brain health, Mosconi said. Saturated fat, especially from animal sources, is associated with a higher risk of cardiovascular disease, she said. And some research also shows it increases the risk of cognitive problems.

"When we eat a fatty, sugary meal and experience symptoms like sluggishness, brain fog and drowsiness – these symptoms originate not in the stomach but in the brain," Mosconi said.

And the effects aren't necessarily temporary.

Research indicates a poor diet may cause the loss of key structural and functional elements in the brain, she said, along with "a higher vulnerability to brain aging and dementia."

image courtesy of TijanaM via Shutterstock

A 2018 report from the Global Council on Brain Health, an independent group convened by the AARP, noted that foods and diets that are good for heart health are also good for brain health.

Yaffe, a member of that brain health council, said the mechanisms of the brain are complex, but it stands to reason that "if you're eating a dietary pattern that is heart-healthy, it's probably also healthy (for) the vessels in the brain."

She acknowledged that some people have a hard time seeing the connections between brain health and their diet – or with other activities such as smoking, sleep and exercise.

Mosconi, also a member of the AARP brain health council, put it this way: "Day after day, the foods we eat are broken down into nutrients, taken up into the bloodstream, and carried up into the brain. Once there, they replenish depleted storage, activate cellular reactions and, finally, become the very fabric of our brains.

"Consider that the next time you reach for a brownie. Its ingredients will actually become part of your brain."

HEALTH CARE DISCLAIMER: This site and its services do not constitute the practice of medical advice, diagnosis or treatment. Always talk to your health care provider for diagnosis and treatment, including your specific medical needs. If you have or suspect that you have a medical problem or condition, please contact a qualified health care professional immediately. If you are in the United States and experiencing a medical emergency, call 911 or call for emergency medical help immediately.

Is Your Imagination Affected By This Strange Condition?
Katia Kleyman | Science

1
Is Your Imagination Affected By This Strange Condition?
One in 50 people are afflicted with this condition.

2
9 Possible Reasons For Why You Are Waking Up In The Middle Of The Night
Is this the reason you have trouble staying asleep?

3
Neuroscientists Discovered A Song That Reduces Anxiety
And it's not too good to be true.
Advertisement
Read This Next 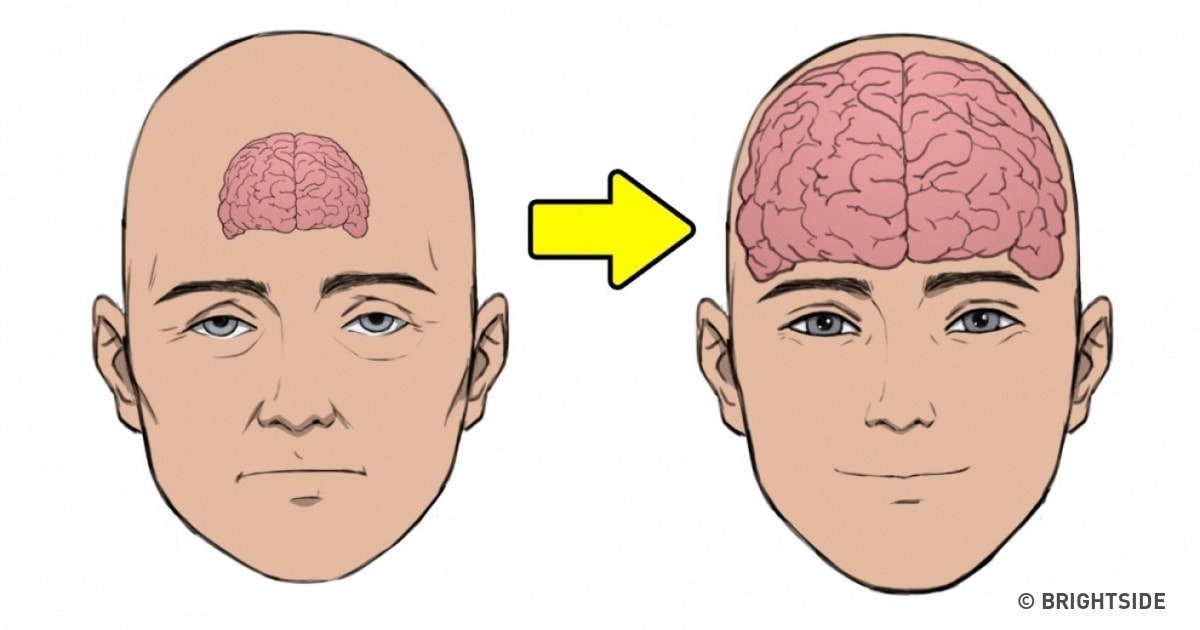 Your Mindset Can Affect The Results You See From Your Workouts, According To Science
Lindsey Gentile | Lifestyle

People Who Have A Hard Time Getting Out Of Bed Are More Intelligent, According To Science
Science
Advertisement

Alcohol Can Actually Help Improve Your Memory, Science Says
Good news for all you college students out there!

Your Mindset Can Affect The Results You See From Your Workouts, According To Science
Free your mind... and the abs will follow!

Confusing Examples Of The Mandela Effect That Will Make You Question Everything
Nothing is as it seems.