Little Known Facts About the Tycoons Who Made America

These are the men who are given credit for "making" the America we know today. 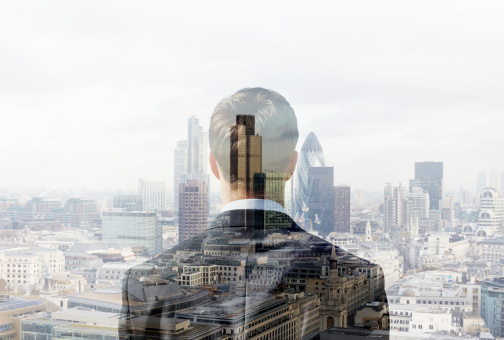 These tycoons were the giants of the Gilded Age, a huge period of American economic growth. These men helped to establish this country as a rich, inventive, and productive place and just as much as they made America, it made them.

Andrew Carnegie was the head of the steel industry; Jay Gould's area of expertise was railroads and the telegraph; Cornelius Vanderbilt was a shipping and magnet; John D. Rockefeller was responsible for taking over the kerosene and oil markets; J.P. Morgan was America's top banker whom overseas financiers trusted.

Here are six tidbits on the powerful men who invented the American super-economy including their personal and business struggles and who they had to knock down and step over to get ahead and gain control.

1. John D. Rockefeller and the Past He Tried to Hide

John D. Rockefeller's father, "Big Bill", changed careers just about as much as others change clothes. He was a farmer, businessman, traveling business man, magician and ersatz doctor. One could hardly say that he was successful and this is what makes his son John's success story even more impressive and unique, considering the huge success John became as an oil tycoon, investor and philanthropist. Some have even deemed him a robber baron, which is an American capitalist who acquires their fortune through ruthless means. There were plenty of robber barons in the late 19th century.

Well, Big Bill found himself in trouble many times and was even indicted for rape at one point. He lived a double life using the alias, William Levingston. He was married to John's mother and another woman at the same time and supporting two families, neither one having knowledge of the other. Big Bill would often disappear out of John's life for long periods of time, presumably to visit his "other family."

John was greatly ashamed of his father, especially as his fame and fortune grew. He pushed his father out of his life and did his best to keep the public from learning about his father's dastardly deeds. He did not let his past interfere with his future and he became the first America to be worth a billion dollars.

Carnegie was a Scottish-American who led the expansion of the American steel industry. It took time, but he made the transition from rags to riches. Unfortunately, at times his fortune was made larger at the expense of others. He tried to be ethical, but had to resort to ruthless tactics from time to time to get ahead.

Many have blamed him and his business partner, Henry Clay Frick, for the Johnstown Flood of 1889, considering they were both members of the South Fork Hunting and Fishing Club who owned the dam that was supposed to prevent such floods from happening. Carnegie and the other club members were attempting to turn the area into more of resort to attract people and had the dam lowered to widen a bridge. The members were also held responsible for not maintaining the dam, which was in poor condition.

On May 31, 1889, after many days of extreme rainfall, 20 million tons of water from Lake Conemaugh came crashing into the dam and caused it to collapse. The water wreaked havoc and destroyed many towns. By the time it reached Johnstown, 2,209 people were killed and there was $17 million in damages.

Carnegie and his partners were not held financially responsible, but many still blamed them for the disaster. This was the first disaster relief effort handled by the American Red Cross.

Edison created the DC system of electricity and Tesla even worked for him for a year. When Tesla created his own AC system, the form we use today, Edison refused to pay him for it and when Tesla stated that he felt AC would be more efficient, Edison would hear nothing of it and Tesla quit.

Inventor George Westinghouse backed Tesla and offered to pay him for his AC patents (Morgan had been backing Edison at the time). He was offered $1 million in cash plus royalties. This partnership almost bankrupted Westinghouse, especially when most of Tesla's creations were destroyed by fire. Morgan and Rockefeller merged and controlled smaller electric companies, including Edison's, to form General Electric Company.

The duo threatened to take over Westinghouse if George did not abandon AC electricity and Tesla. They also requested that he stop paying Tesla royalties. Westinghouse, on the verge on bankruptcy and worried about his company, gave in to the demands and Rockefeller and Morgan managed to cheat Tesla out of millions in royalties.

Jay Gould and Jim Fisk had cheated Cornelius Vanderbilt out of taking control of the Erie Railroad, but their biggest scandal was when they cheated Wall Street investors.

President Ulysses S. Grant was attempting to repair the U.S. economy, which was a mess after the Civil War. He wanted to limit the amount of paper money released to the public and put more gold into the economy. Gould and Fisk did not like this plan. They wanted to profit off of buying up gold at a low price and selling it when the price went up. They feared that if the government put gold into the economy, the price would go down.

They attempted to cozy up to the president to thwart his plan, but it backfired when he became suspicious and ordered the sale of $1 million in gold. The duo started to quietly buy up gold and on September 24, 1869, the gold bought by the government hit the market and the price fell extremely. Gould, Fisk and numerous others lost a ton of money and were ruined. Their scheme later became deemed as the Black Friday Scandal.

The Erie War was a 19th century conflict between American financiers for control of the Erie Railway Company. The company was owned and operated the Erie Railroad.

Daniel Drew, who was a Wall Street banker and broker, acquired control over the Erie Railway Company. Cornelius Vanderbilt, who was in the midst of trying to build his own railroad empire, set his sights on Erie and silently scooped up the stock. He did let Drew remain as treasurer and Drew conspired with James Fisk and Jay Gould, who also joined the board.

Fisk and Gould issued fake stocks and Vanderbilt unknowingly bought a large amount. Vanderbilt lost over $7 million in this. venture. He had to threaten legal action to get Gould and Fisk to fess up. They returned most of the money and Vanderbilt was ultimately forced to relinquish control of Erie to Drew, Gould and Fisk.

In the 1860s, J.P. Morgan, John D. Rockefeller, Andrew Carnegie and Jay Gould payed off the government to dodge the draft that was going on at the time. The quartet payed $300 a piece for someone to actually take their place in the military. Others were serving their country, while these men wanted to stay home so they could get richer and the government allowed it.

J.P. Morgan also did his best to profit off of the war. He financed a rifle deal that involved purchasing 5,000 rifles from a Union army arsenal in New York. Each rifle cost him $3.50 each. He then sold them to a Union army in Virginia for $22 each. The rifles ended up being defective, and blew up on the men using them causing severed fingers. The judge ruled that Morgan was not to blame, but many felt otherwise. Morgan made 25 % commission plus interest from the deal.

1
45 Amazing Facts They Don't Teach You In School
We would have DEFINITELY signed up for this class.

2
Recent Archaeological Discoveries That Basically Rewrite History
The more we dig up history, the more it blows our mind.

3
Super Weird History Facts Your Teacher Probably Never Taught You
I'll have my salad in a bowl made from a human skull, please.
Advertisement
Read This Next

15 Of The Biggest WTF Decisions In Pro Wrestling
Wrestling is scripted. And sometimes, that script is just plain awful.

These Mind-Blowing Theories Reveal History's Possible Hidden Side
You're not going to believe how old the Great Sphinx of Giza really is!

These Declassified Photos Reveal The US's Final Preparations For The Nuclear Attacks On Hiroshima And Nagasaki
These photos offer a harrowing glimpse into the fine-tuning of the instruments of war.