LAFF Interview: Morgan Spurlock on Crafted and One Direction

I think it's a really exciting time to be a nonfiction storyteller. 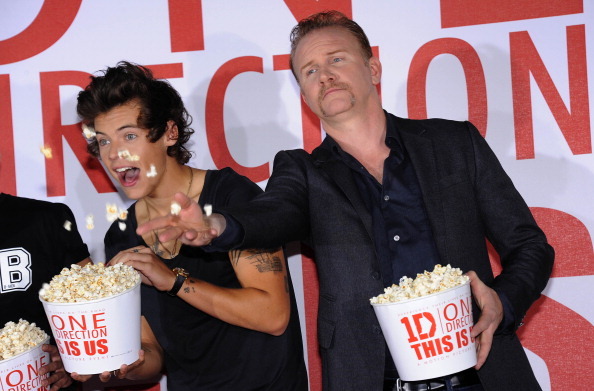 Morgan Spurlock came to the Los Angeles Film Festival with Crafted, his new documentary that doesn't involve eating fast food for a month, chasing down a terrorist or following a popular boy band. Crafted is a short film that follows three unique artisans and their craftwork. Check out the film online here.

Guff.com: You did the We The Economy short last year too. Have you been seeing documentaries more as shorts than features lately?

Morgan Spurlock: What I love about shorts is that you can actually get them done a lot faster than features. I love making feature docs. Super-Size Me is probably one of the fastest docs we ever made. We made that movie in a year. The One Direction movie we made shockingly in nine months which was crazy fast. Most other docs take years to make. If you're Steve James or Ondi Timoner, some of their movies have taken decades. The idea of exploring what you can do with documentaries in different forms, I'm really excited about. Through the embracing of different types of technology, there's now outlets for so many other different ways to do nonfiction storytelling. I think it's a really exciting time to be a nonfiction storyteller. 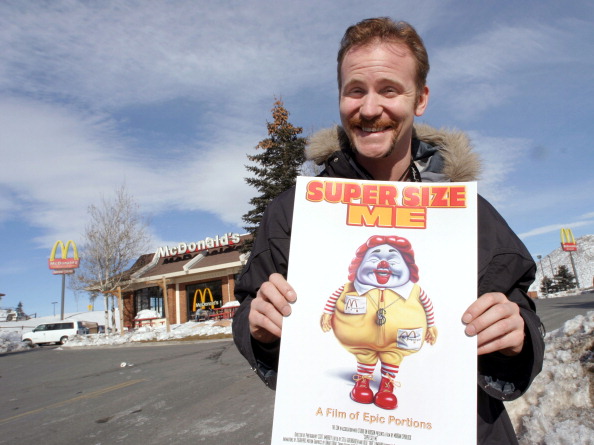 Guff: Is Crafted one of your more earnest documentaries?

MS: I wanted the film to be much more about their story. I wanted them to tell us their story and I want to give honor to the craft of what they're doing. I didn't want people to think we were making fun of them or that it was a joke. By letting them tell the story, I think it transcends a typical interview doc. The beauty of what they make, whether they're creating food or crafting knives, or you're Chairman Nagatani making this beautiful Donabe pottery, it's almost like a ballet when you watch these people work and make things. I wanted that to come off without people being distracted by "Oh, now it's time to find something funny."

Guff: Did you get to taste the food at Bar Tartine?

MS: Of course I taste the food. You have to. If you're at Bar Tartine filming and you actually don't eat, it's sacrilege.

Guff: Did the knife shop ever feel like a dangerous area? That's pretty intense work, almost like blacksmithing or glass blowing.

MS: [Laughs] They are like blacksmiths. They're banging out the metal. They've been hurt before and I was concerned when they were banging those knives that at some point some shard of metal's going to come shooting me in the face. We were pretty fortunate. Those guys are pros so not a lot of metal flying around.

Guff: Could you have followed these three artisans longer, or picked more subjects to make a longer movie?

MS: I feel like, yes. The beauty of this when you watch it is you start to realize how many other people you could talk to, how many other people out there are doing this. When I watch this, I watch this as a half hour and I'm like, "This could be a show. This is a show on television where every week you could feature craftsmen like this." I would love for us to expand this into something that's ongoing where you could feature these amazing people who are just doing spectacular work day in and day out.

Guff: Does it relate to the economy in that these are people inventing a new source of income for themselves?

MS: I think what you start to realize is that it does somewhat buck the economy because here are people making things by hand. They're proving that people are willing to pay a premium for certain things and that there is this resurgence of wanting to have something of value in your life. The world moves so fast and we're so distracted. We've created such a disposable society in so many ways that to suddenly have something that's meant to be savored, that's meant to be kept, that's meant to be passed down from one person to another, that's something we are all realizing we need in our lives. I think part of that is why this whole world of artisanal craftsmanship is just exploding right now. We recognize that we're lacking in a lot of other things like this in our day to day lives.

Guff: You've been to a lot of film festivals with documentaries, but is this your first short in a film fest?

MS: We premiered the Focus Forward films at Sundance. When I was in college, I did a short about ballet dancers that was in the Dance On Camera festival in New York City. That would've been 1992 maybe, '92, '93. So since then, it's been 20 years.

Guff: Have you ever released that ballet film?

MS: I haven't. I just had this whole conversation with a friend of mine. We went to NYU together and I've got all my short films on 16mm. I've gotta get those transferred and get those out somewhere before all that film just disintegrates.

Guff: Is Morgan Spurlock's Inside Man your main focus right now, or do you have other films in the works?

MS: That's the main focus for the summer. After that we'll go into production on Rats, a feature length documentary all about the vermin we love to hate. 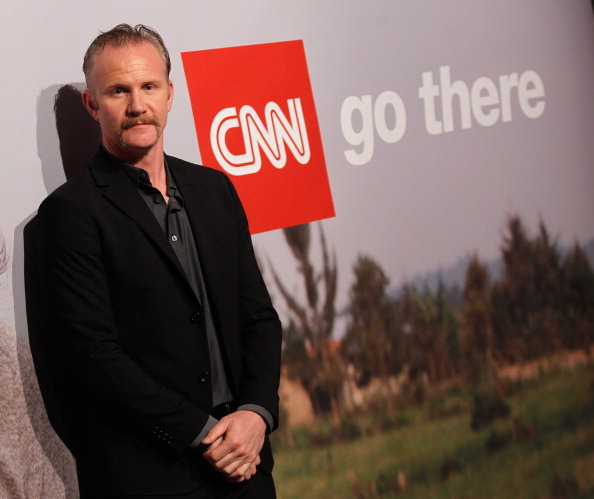 Guff: What can you portray on Inside Man that you couldn't do on your show 30 Days?

MS: With 30 Days, people kept saying, "We want you to be in every episode." With that show, I couldn't dive into social issues and shoot a show that took us six months. First of all, my girlfriend said, "If you do that, you're not going to have a girlfriend very long." And secondly, it's not economical from a production standpoint. What this show does is it enables me to be in every show. We've truncated the production cycle and it allows me to take you inside every single issue which I think is great. 30 Days, I loved seeing these problems through other people's eyes because I think there are people who are much better to have explain certain issues to us. With this show, I can take you inside it in a different way and present a much more in depth storytelling and reporting that hasn't happened.

Guff: And you don't have to ravage your body every week.

MS: And I don't have to torture myself or ravage my body every week. That is the key.

Guff: What are some of the issues on Inside Man?

MS: We're doing an episode all about toxins. We're told all the time how we're poisoning ourselves. Whether the chemicals that surround us are killing us or not good for us. This episode's going to do a great job of dissecting all these characters that live in the environment around us. We're doing a great episode all about space agency and the value of space exploration and why we should continue to do that.

Guff: With Rats, are there some surprising benefits of rats that might make them more sympathetic?

Guff: Do you think there could be another One Direction movie with their new journey as a foursome?

MS: Yeah, I think it would've been great to have been telling that story throughout all this, with Zayn leaving and what's happening. I think there's an interesting story to be told about those guys. I don't think I'm the guy to do it. I think there's probably somebody else that would be better for that story.