Is Being a "Furry" Considered a Sexual Orientation? 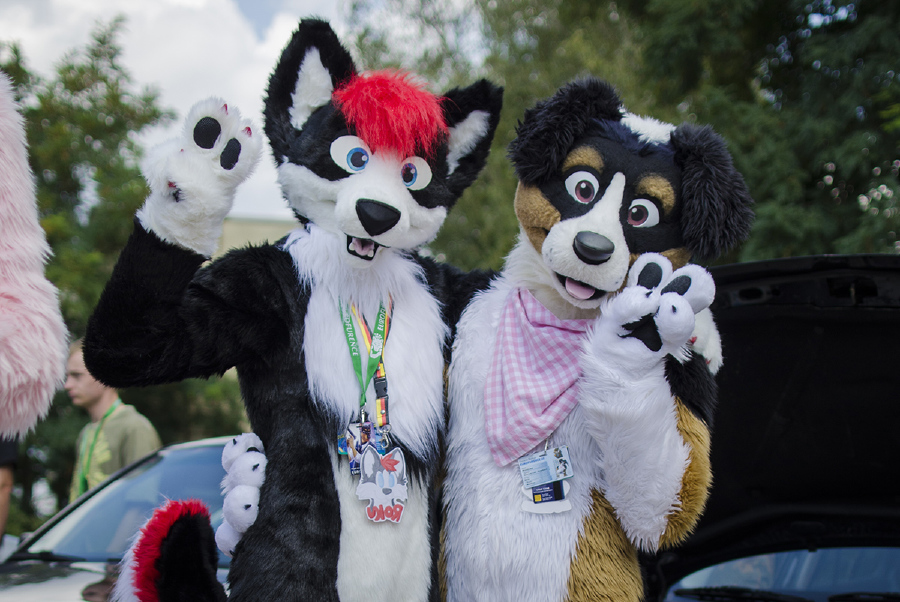 The politics of sexuality remain perpetually in the news, and as usual, it's mostly for the wrong reasons.

LGBTQ rights may have come a long way during the past twenty-five years, but recent anti-gay legislation in the U.S. (like Indiana's Religious Freedom Restoration Act) and violent anti-gay backlash elsewhere (e.g. Russia's draconian anti-gay policies) prove there's still a long road to be traveled.

As the LGBTQ movement has progressed, the field of public recognition has expanded. Activists like Janet Mock and Laverne Cox have finally succeeded in introducing a meaningful public dialogue about transgender identities into the mainstream, and auxiliary debates about racial intersectionality, non-binary identities and the sometimes contentious overlapping of gay and trans culture have exploded with furor.

For a movement founded on inclusion and acceptance, the struggle for LGBTQ rights is entering a uniquely challenging period. During the past few years especially, being LGBTQ has begun to seem like a fashionable bandwagon that everyone wants to jump onto. Debates about who "really" deserves to identify as gay, lesbian or trans have proliferated, and are often rife with viciousness and sarcasm -- both within the established communities, and outside of them.

One fringe social faction that finds itself often in conflict with LGBTQ activists is the Furry subculture (or "Otherkin," as certain of them prefer to be called), the Internet's perpetual punchline, and most universally maligned flavor of sexual deviant.

Members of this community fall into several overlapping categories, and often have radically different views about what the term "Furry" actually means. In broad terms, Furries are people who feel a strong identification with non-human anthropomorphic characters. For some Furries, this means having a "Fursona," which they draw, and/or impersonate in online communities. More devout Furries attend conventions and meet-ups where they can interact with other Furries in the flesh, often while dressed up in handmade "Fursuit" costumes. 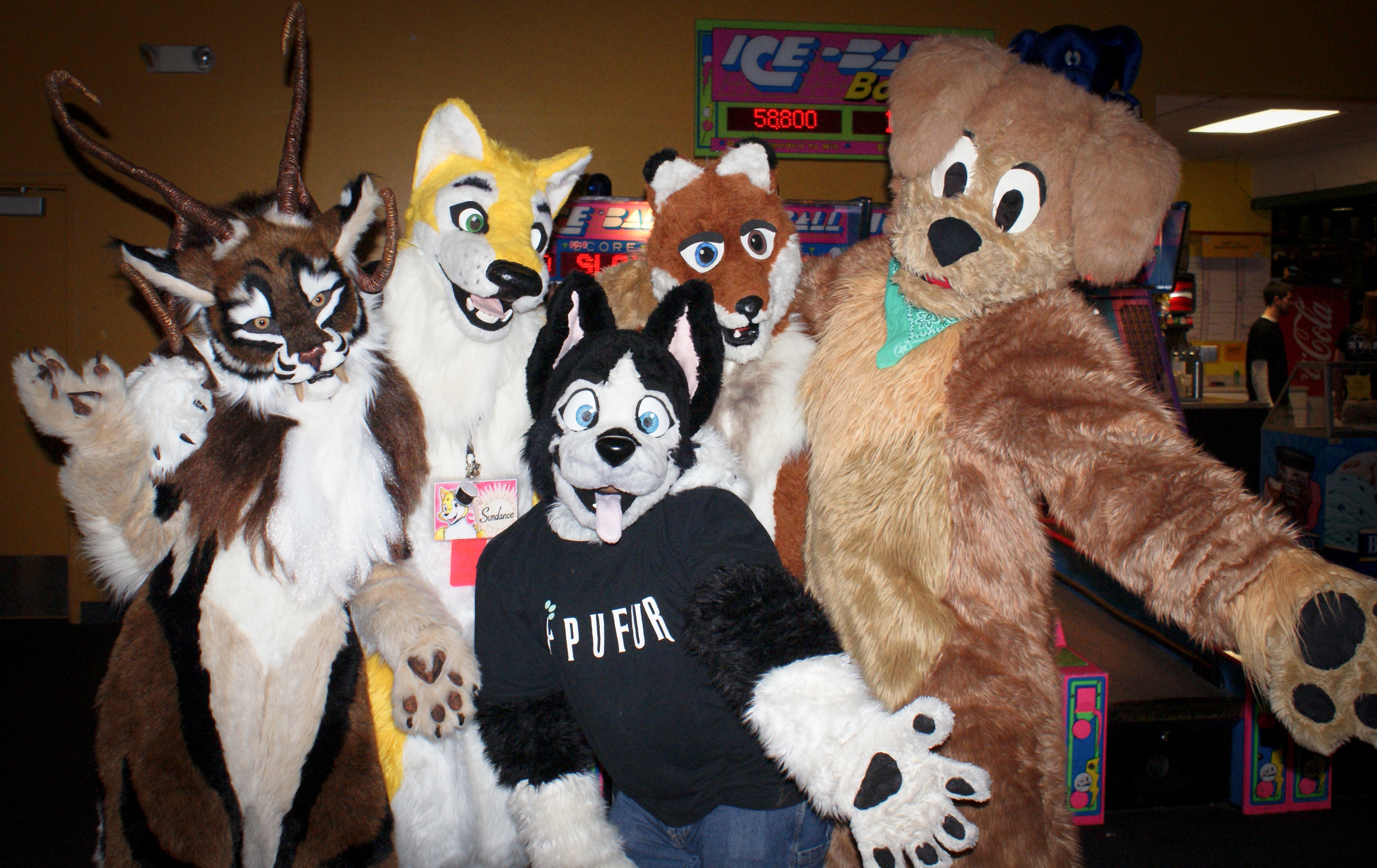 Plenty of Furries consider themselves just another quirky part of fandom culture, meaning their interests are essentially divorced from notions of sexual or gender identity. Many other Furries, however, feel differently.

The Furry fandom grew out of old school science fiction culture, and had become a recognizable staple of sci-fi and comic book conventions as early as 1983. Today, however, many participants in the Furry subculture see it as much more than just a niche form of cosplay. Increasing numbers of people who own a Fursuit, draw and post Furry art online or have their own Fursona view being Furry as a key part of their personal and/or sexual identity.

Kinkster furries are sexually aroused by imaginary creatures who share a mix of human and animal characteristics, and "Otherkin," taking things one step further, consider their essential, innermost selves to be non-human. (Both groups take great pains to distinguish themselves from zoophiles, who want to have sexual relations with actual animals.) As silly as they may seem, therefore, furries represent a uniquely bizarre intersection between fandom culture, sexual kink and identity politics. 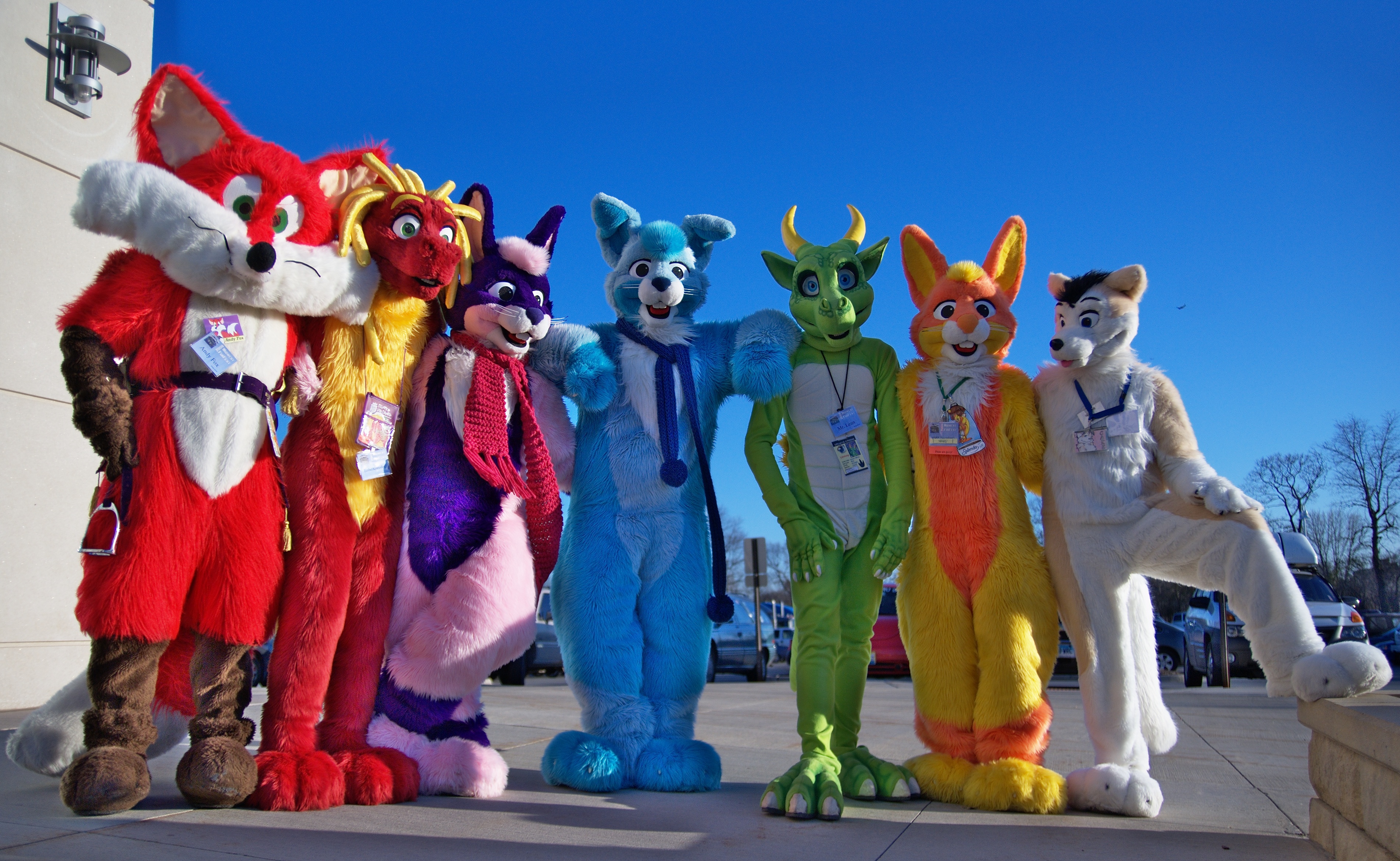 Furries who admit that sexual attraction is a driving force behind their participation in the subculture often indicate that their attraction is exclusive, meaning they are ONLY attracted to (for example) anthropomorphic cartoon wolf creatures, and not to regular humans. This raises some interesting questions about what "sexual orientation" really means, and how it ought to be understood.

Otherkin in particular have increasingly begun to insist that those outside their communities recognize the non-human aspect of their identities with the same respect and deference afforded gay, transgender and non-binary folks. Often they draw explicit parallels between being "really" a dragon, Elfin warlord or bunny rabbit trapped in the body of a human, and being a transgender person. Stories about "coming out" to family members, friends and employers are common in Furry and Otherkin communities, and indeed, many members of these communities have gone so far as to brazenly lobby for inclusion beneath the LGBTQ umbrella, complaining, when rebuffed, of discrimination and hypocrisy.

It would be easy to dismiss all of this as just some ridiculous Internet sideshow, but believe it or not, the Furry/Otherkin debate taps into some vital currents within the LGBTQ community. As noted above, the definition of LGBTQ identity within the mainstream consciousness has been rapidly expanding. More and more people are being exposed daily to examples of alternative sexuality and gender identity that go far beyond traditional archetypes of the white, gay suburban couples petitioning for the right to legally marry. Growing representation of transfolk, people of color and people with non-binary gender identities (those, for example, who were born biologically intersexed, and don't compulsorily identify as either "male" or "female") is hugely important, but it's also highly contentious.

Though plenty of non-LGBTQ people and institutions have been supportive, legitimate forms of abuse and institutional prejudice still plague the LGBTQ community, and outer-fringe members, like transfolk and POC, remain at exceptionally high risk.

Even within LGBTQ communities, heated debates are common about who should be allowed to participate in the conversation, and whose interests deserve highest priority. Genderfluid and non-binary people in particular often struggle for validation and acceptance, both within and outside of LGBTQ spaces, and it's not hard to understand why such individuals would feel annoyed, or even attacked, by the infringement of people demanding equivalent recognition for having an attraction to anthropomorphic geese, or for being "spiritually" a lion-wolf hybrid.

People's sexualities develop in all sorts of weird, fascinating directions, and everybody deserves to feel unashamed about who they are, and what gets them off. The real question is how we should choose to critically define those boundaries as a society. Acknowledging a disqualifying lack of institutional oppression isn't the same thing as persecution -- especially coming from within an already heavily persecuted group.

People Who Live Their Lives As Animals
Whitney Teubner | Lifestyle

2
Barbie Is Now Promoting LGBTQ Rights With 'Love Wins' T-Shirts
Aimee Song is the fashion blogger/designer behind the LOVE WINS T-shirts, and now her creation is immortalized on a Barbie doll.

3
Here Are A Bunch Of Awesome Parents Supporting Their Kids During Pride Month
There's no better feeling than when your parents support you.
Advertisement
Read This Next

Enjoy Your Nap, But Be Aware Of The Pros And Cons
Kirk Pynchon | Science
Advertisement

11 Things You Didn't Know About Being Gay in Africa
Africa is one of the most oppressive regions in the world when it comes to gay rights.

7 Tips For Eating Healthy At Home
Turning challenging times into an opportunity for healthy habits.