Weed lovers now have a collective place to pray. 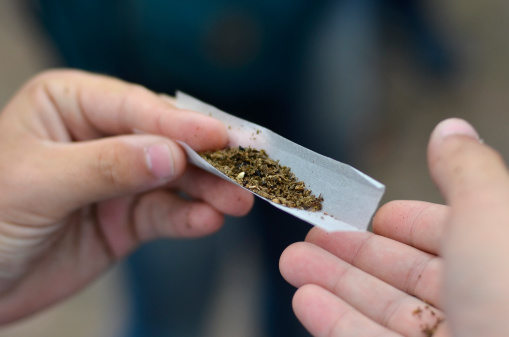 Weed lovers of the world now have a collective place to pray! Inresponse to Indiana Gov. Mike Pence's signing the Religious Freedom Restoration Act into law last Thursday, the The First Church of Cannabis Inc. has been approved by the Secretary of the State. Inresponse to a law that would allow churches legal backing todiscriminate or otherwise participate in activity that wouldpotentially be deemed illegal, Bill Levin decided to open up thechurch to promote peace and love for all. "I find that mostreligions are misled into gross perversions of what they are meantto be. This path has led me to lead a religion that people intoday's world can relate to it," Levin recently told the Post whenasked about his new spiritual endeavor. The church has been gainingpublic attention since it was approved, garnering over 7000Facebook fans and $2,000 in donations in just the past five days. Eventually, when the church is established it plans to ask membersto donate $4.20 a month which will go towards the church'sproduction and sale of hemp; meaning they won't actually be buyingor selling weed, but the church won't stop you from lighting upduring service.

What the Guff?! The Strangest News Stories From the Week of 9/28 You Probably Missed
Shawn Binder | News
Share
Read This Next

1
Nevada Just Legalized Weed And They're Already Running Out
Things are getting serious.

2
The Stages of Ordering Delivery When You're High AF
Ordering delivery when you're stoned can be a rollercoaster of emotions.

3
What the Guff?! The Strangest News Stories From the Week of 9/28 You Probably Missed
This week we have a woman trying to stab her brother over some BBQ...and a monkey eating mail.
Advertisement
Read This Next

So, Covid’s Made You A Hot Mess. Now What?
Kirk Pynchon | Life Hacks
Advertisement

Spiders Are Getting Smaller, But They Are Also Getting More Social
Kirk Pynchon | Science

So, Covid’s Made You A Hot Mess. Now What?
If in addition to everything Covid, you suddenly realize that everything in your life sucks, it may be time to make some changes.

12 Things Parents Can Do To Help Pay For Their Kids' College
Even if your kids aren't heading to college anytime soon, it's never too late to get planning.

How Structure Helps Us Live Better Lives
During these times of uncertainty, structuring our lives to help give us peace of mind.