If You're an Adult Playing With Legos, Just Don't. Here's Why.

Adults who play with Legos are putting their brains on the line. 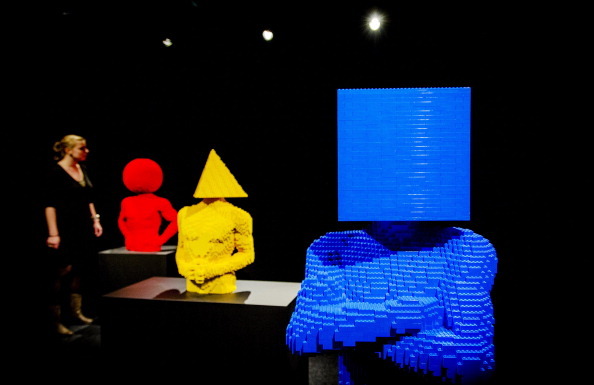 Right now on Meetup.com, a social networking forum that allows users with similar interests to organize events, there are 1,332 members in 18 cities across nine countries around the world that belong to a group called Adult Fans of Lego (AFOL). In Los Angeles, where I live, this group holds an annual three-day convention called Bricks LA, the next one coming up in early January. Tickets are only $5, and attendees get the chance to show off their own original Lego work and admire others'. Sounds like some innocent fun, no?

No. AFOL must be stopped. Now. Put an end to it. Tear it down. Evict them from the Pasadena Convention Center before they use their weapons of mass distraction to fortify the building's walls and hole themselves up in there for good. By all means, keep those adult hands off the bricks of Lego right now. Or better yet: give the curious and growing children of the world free reign to deplete their stronghold of plastic booty.

You're thinking, Surely, Seth, you're not serious, Legos are great for children of all ages!Oh yes, I'm dead serious. About as serious as an injury to the ball of my foot sustained after stepping on one of those diamond-hard cubes. If the Pentagon isn't partnering with the Danish toy builder, then I don't know what the military-industrial complex is good for.

Recently, ajoint team of scientists from the University of Wisconsin and Buskerud and Vestfold University College, Norway found that when adults were given a "well-defined problem," in this case a Lego pattern, the subjects performed worse on creativity scales than the control group did. Turns out that though assigning these well-defined tasks and problems to children can help foster creativity and build neural connections, in adults the same has the opposite effect.

The researchers found that following an instruction manual (so not building something from scratch) to produce a Lego thingamajig made subjects more likely to want to stick to well-defined strategies for all subsequent tasks as well as perform less creatively. If you repeat that sequence over and over again, you're basically putting creativity out to pasture: It's a vicious cycle.

So there's certainly a good reason for designing well-defined problems: when worked through, they yield well-defined solutions. But the solutions, by definition, are pretty much the same. Which means that the process that leads one there is also, more or less, the same. Which means (I know, there are a lot of steps here, not a well-defined problem) that creativity is, for all intents and purposes, dispensed with. Chucked out the Lego window. Gone. Bye-bye.

In his textbook Fundamentals of Psychology, Michael Eysenck defineswell-defined problems as "ones in which all aspects of the problem are clearly specified, including the range of possible moves or strategies and the goal or solution." Sounds like a drag, but that depends on what you're solving. I don't want to spend major brainpower and serious time on assembling my IKEA furniture "” I want it done now. If I had the money to contract a hired hand to build it for me...I probably wouldn't be shopping at IKEA in the first place.

Me after five minutes of attempting to read Swedish.Kevin Frayer / Getty Images

However, if you're solving something like, oh I'm going to take a long shot here and say, THE MILLENNIUM FALCON FROM STAR WARS EPISODE VII COMING OUT IN MID-DECEMBER (SO EXCITED!!) but out of Legos, the "well-defined problem" needs to be that way to be repeatable and reliably constructible. If Lego didn't provide an instruction manual with their LucasFilms-inspired sets, every starship would be different, and the brand would be totally diluted. Over George's dead body. There's definitely a time and place for well-defined problems, but they shouldn't be overused, or you run the risk of depleted your creative resources.

And for adults who are jaded by age and the constant let-downs and kicks-to-the-groin dealt by life, creativity is a rare and highly prized commodity. It is not only to be protected, but nurtured and cultivated. But this is not the way our world is moving.

The authors of the study talk about Google searches as just one way in which well-defined problems (and solutions) are hampering creativity. You want to look something up; you Google it; you get an answer; you use that answer. Done deal. No more racking your memory, no more making educated guesses, and no more creative thinking that is more time-intensive but can also be more rewarding. It's all about input-output now.

Consider another ubiquitous example: Waze. You no longer need to remember directions to and from work, get the lay of the land, feel your way around in the dark. All you need to do is pop in the address of your destination andscoot around.It's autopilot, but for brains.

Now, we might all look at these advances in technology and the "efficiencies" made to our daily activities as true leaps and bounds into the future. That may be. But what goes up must also come down, and as we speed along our journey forward in time we will also have to contend with beasts of another name, those with Artificial Intelligence.

So far, we humans have got at least one attribute that makes us superior to our current and near-future robot progeny, and that's creativity. Artificial Intelligence can only go so far when it comes to generating new ideas and forging unique, useful connections "” which is not all that far. However, as the technology improves and robots become capable of accomplishing more sophisticated tasks, humans will have to rely more and more on their powers of creativity to stay ahead in the game. The question is: given what we've seen with well-defined problems, in a decade or so will there be any creativity left?

Tough question. Like I said before, creativity is and should be considered a very precious piece of capital. And like all capital goods, they are subject to socioeconomic forces. Right now, the most creative people are also the ones building robots, creating social networksand developing virtual reality coded landscapes. They're keeping their creative mechanisms well-oiled and well-trained "” they're careful not to let it fall into disrepair and rust away. If others lower down the ladder fail to do the same, what we could see is a creativity inequality. Think of the 1%, except instead of material wealth, it's brainy wealth. Occupy...the occipital lobe?

Experts in the consulting, techand social fields have weighed in, and are for the most part in agreement that the future belongs to the creative. At least for the time being. Other jobs are at risk of being handed over to the grasping fingers of an animatronic hand. And until that fateful day when the same autonomous grip plays with us puny humans as we would the multicolored building blocks, it's our creativity that will keep us one step ahead.

What The Guff?! Here Are The Strangest News Stories From 6/7/15 to 6/12/15 You Probably Missed
Shawn Binder | News
Share
Read This Next

2
These Lego Jokes Will Make You Feel Like A Kid Again
Take your daily spin down memory lane.

3
What The Guff?! Here Are The Strangest News Stories From 6/7/15 to 6/12/15 You Probably Missed
We wish we could be making this stuff up, folks!
Advertisement
Read This Next

This Retired Engineer Wanted His Grandkids To Visit, So He Built Something Amazing In His Backyard
Matt Manser | Stories

15 Unusual First Date Ideas So You Don't Have To Go Out For Drinks Again
Tired of trying to get to know someone at the bar? Do any of these instead.

This Retired Engineer Wanted His Grandkids To Visit, So He Built Something Amazing In His Backyard
Who needs Disneyland when your grandfather has created Dobbsland?

Things You Need to Consider When You Are in a Relationship With a Highly Creative Person
Dating a creative person can be confusing as hell.