How Long Would It Take Nature to Rebuild Itself after Humans Are Gone?

I'm interested in how long it would take Nature to rebuild herself after this extinction, and what she'd look like after we've made a grand exit. 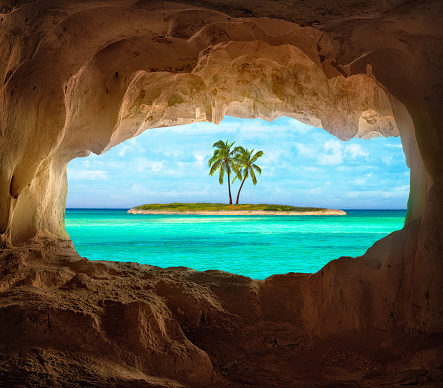 You know the old baseball saying, "six strikes, and you're out?" Well, let's imagine that, from the time our universe started (oh, approximately 13.8 billion years ago) until today, is one really long Giants-Dodgers game. The Giants are the juggernaut forces of Nature. And the Dodgers are the people who think they can dodge (see what I did there) those forces of Nature for their own benefit. Feint, swerve, and run as we might, we cannot steal home "” she's up and taken the bag.

Baseball aside, the scientific community is getting more serious by the day about the very real possibility of a sixth mass extinction on the horizon. What makes this forthcoming one different from its predecessors? It'll be caused by humans.

Now, I'm not looking to proffer a Survival for the End of the World guidebook here. I'm interested in how long it would take Nature to rebuild herself after this extinction, and what she'd look like after we've made a grand exit.

The Sixth Mass Extinction! Brought to You by the Same People Who Brought You Climate Change, Deforestation, Over Hunting and Depletion of Resources

Life on this planet is disappearing at an unprecedentedly fast rate. It is estimated that non-human species are going the way of the dinosaurs at a rate of 100 to 1,000 to as much as 10,000 times faster than the "background rate" of expected extinction. Habitat loss, pollution, climate change, ozone dissolution, the introduction of invasive species and foreign diseases "” these have all contributed to the growing extinction problem threatening to annihilate a fair amount of animals...possibly even humans themselves.

Conservationists have deduced that prior to the dawn of man (roughly 200,000 years ago) the rate of extinction globally was less than one species per million per year. Now somewhere between 200 and 2,000 species are going extinct per year. Nature will feel the hurt...for a while. Then she'll bounce back "” she always does. How long will that take? The answer lies deep in her history.

The Earth is about 4.5 billion years old. 600 million years after that moment, life began forming in oceans that resulted from water condensing. About 1.1 million years into the history of Earth, microscopic bacteria started sprouting from living cells, deriving energy from the sun through photosynthesis. At year 2.2 million, photosynthesis pumped oxygen back into the atmosphere, which at that point had been completely sucked out of its O2 resources. Thus laying the groundwork for animal life to take the stage.

But we're not there yet. 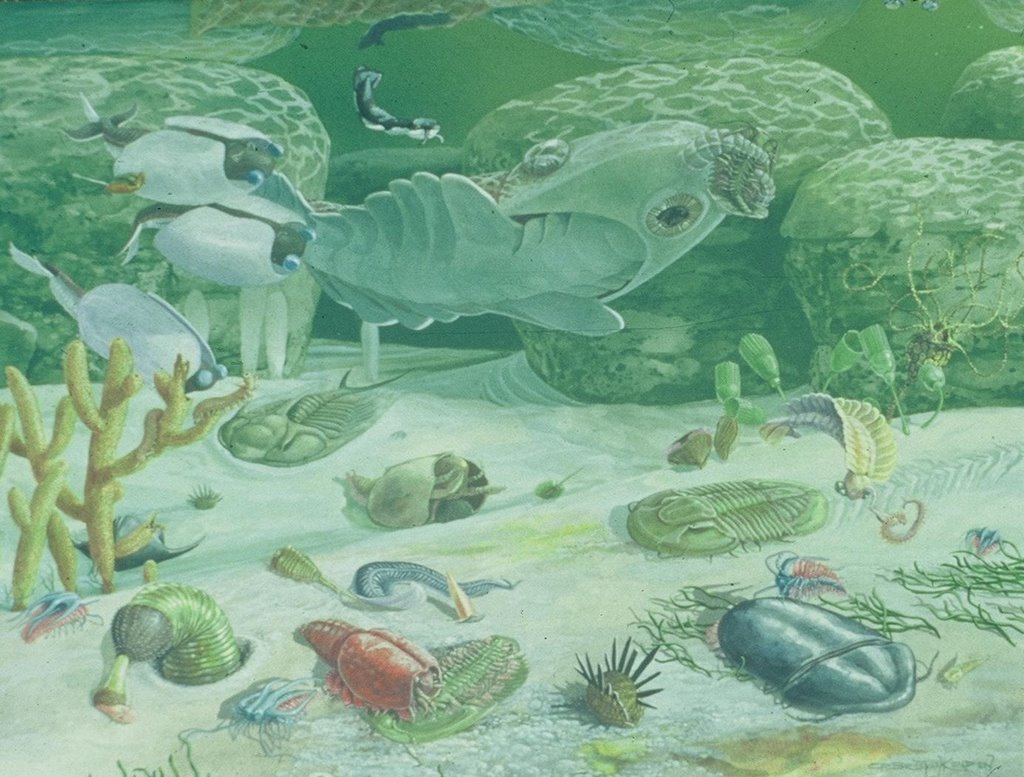 About 570 to 530 million years ago there was a massive shift in the direction of Earth's evolution. Available fossil records show us that life started flourishing and proliferating at extraordinary rates, giving rise to the ancestors of many animals we know and love today. In the Precambrian, life slogged along at intervals of hundreds of millions of years; after, time of change was down to 5 to 30 million. Theories abound to explain this event, but what is known is that the wipe out led to a daunting diversity binge.

The History of the World, Parts All of Them. University of Miami

The Cambrian Explosion was a unique and mysteriously effective period of intense and extensive diversification "” and for that reason is all the more improbable to just happen again. Meaning we shouldn't risk it. Luckily, whatever damage mankind does to the environment, it likely won't send Nature to Precambrian times "” she's too smart for that.

Mother Nature and Her Many Understudies

Admittedly, only this most imminent mass extinction is man-made "” the other five were beyond our control. Nature self-destructs herself all the time, in the form of earthquakes, flooding, hurricanes, engulfing volcanoes and raging fires. These phenomena have been going on long before humans arrived, and they will continue after we've left. One thing's for certain: every disaster is followed by clean-up, called primary succession.

After a major natural disaster (like a volcanic eruption) burns through the soil in an ecosystem, Nature must restart from scratch. What's left after these conflagrations are rocks, on which only lichen and mosses can grow. These enduring plants are considered the pioneer producers that lead the recolonization campaign. Then come the pioneer animals, typically insects, who feed off those lichen and moss, thrive, die, and return their nutrients to the earth. It's the soil, what reclaims those nutrients, that sets the pace of regeneration. It must regrow, by way of a process called pedogenesis. It evolves very quickly at first, and then plateaus as the depth of soil increases, which is good for kickstarting the process.

Field data also estimate the range of soil production in general to be between .004 millimeters to .4 millimeters per year. Yasuni, a tropical rainforest in the northeast of Ecuador, is considered the most biodiverse place on the planet, and has at least 1.2 meters of soil layer. That means if a cascade of lava were to burn up the soil there, we could expect the bed to grow back somewhere between 3,000 and 300,000 years.

Luckily, plants have shown exceptional talent at surviving mass extinctions. They use the periods immediately succeeding a mass extinction to get creative and diversify. Those leafy green pioneer species could be the heroes in this post-apocalyptic epic. To predict just how the rest of that movie might play out, we've got to take a look at the prequels.

Perhaps the greatest comparison we can look to to reckon the fate of the post-extinction world is the deadliest of all mass extinctions, the Permian-Triassic extinction event (PTEE). Something still unknown routed 90 percent of the planet's life forms, nearly obliterating everything. The human-led mass extinction coming up the road threatens to take out 30 "“ 50 percent of all species; so, by comparison, we're still runners up when it comes to who can do more damage to the Earth.

One theory for the "Great Dying" was that the supercontinent known as Pangea kept the ocean waters from cycling and redistributing minerals and re-balancing oxygen and carbon dioxide. In turn, the bath became full of carbon dioxide, toxic in high levels (because of the acidity). At the same time these acidic waters were choking marine life, they were splashing onto land, and doing the same thing to the organisms there "” similar to what's happening today.

Additionally, it's assumed that volcanic eruptions in what is now Siberia were spewing carbon dioxide, sulfur and a lot of hot hot heat into the air, creating a prehistoric greenhouse effect "” resembling the one we're up against today.

On the coattails of the wallop, the population of pioneer species spiked, and in just under 500,000 years global diversity went from consisting of about 10 million tetrapod (four-limbed vertebrates) families to over 40 million. This diversity boom at the lowest level of animal life laid the groundwork upon which more advanced and complex animals could come into being and repopulate.

Still...500,000 years? Even if it took, let's say, a quarter of a million years for us to return to pre-extinction biodiversity levels, what kind of world could we even expect to see if we could even be alive then?

Following every mass extinction are new species that evolution has nudged in the direction of fitness. For instance, midway through the Triassic period, the epoch right after the Great Dying, marine animals adapted to changing water levels. Sea urchins and starfish came into being at this time. And the very first mammals, albeit small, evolved out of the dying Therapsid species "” mammal-like lizards.

The overall warming of the planet will kill off or redistribute many species, whereas some worms, beetles, and microorganisms will be able to withstand the extreme heat and pounce on resources. Ice melts will raise ocean levels, reducing land surface area. Algae blooms will spread. Life will probably find its jolt again in the seas.

But it's important to remember that these major shifts and surges came only after millions and millions of years of evolution. Judging by the magnitude of the cataclysm that catalyzed the shift from the Permian to the Triassic, the Great Dying, it probably wouldn't take quite as long after this sixth mass extinction for Nature to get dressed into her next costume change. But do we really want to be the ones to bring the curtain down?

1
Scientists Believe Miami Could Disappear In Our Children's Lifetime
The Sunshine State will lose its shining city and there's not much we can do.

2
15 Amazing Green Products That Can Help Fight Climate Change
Save money and the environment.

3
These Incredible NASA Images Reveal Dramatic Changes In Our Planet
Climate change has changed the earth more than you think!
Advertisement
Read This Next

Something Major Is About To Happen In Antarctica, And Its Effects Will Be Disastrous
Jesus Garay | Science

These Pictures Prove That Climate Change Is Real, And It's Happening Faster Than Scientists Expected
Joe Dobbyn | Science
Advertisement

Something Straight Out Of A Horror Movie Was Hidden Under These Glaciers, And Now The Ice Is Melting
Nina Concepcion | News

Are We Headed Into Another Ice Age? These Scientists Think So
Alex Firer | Science

Pink Snow Is Falling Around The World, And It's Terrible News For The Environment
Lilyanne Rice | News

Did Climate Change Just Open A 'Gateway To The Underworld' In Siberia?
Alex Firer | Science
Advertisement

This Baby Sea Lion Showed Up in a Fancy Restaurant. But the Reason Why Is Beyond Sad.
Eileen Mary O'Connell | Stories
You May Also Like

These Pictures Prove That Climate Change Is Real, And It's Happening Faster Than Scientists Expected
Climate change has already had a vast effect on the planet we call home. Now scientists are saying it's happening even faster than they expected.

Something Straight Out Of A Horror Movie Was Hidden Under These Glaciers, And Now The Ice Is Melting
The Italian city of Peio seems like a normal ski town, but what lies beneath the snow is bone-chilling. Read about what lies underneath the glaciers.

Are We Headed Into Another Ice Age? These Scientists Think So
A lack of sunspots could lead the Earth into a prolonged period of absolute cold.