The outlaw frontier doesn't play by any rules, so nothing is fool proof. 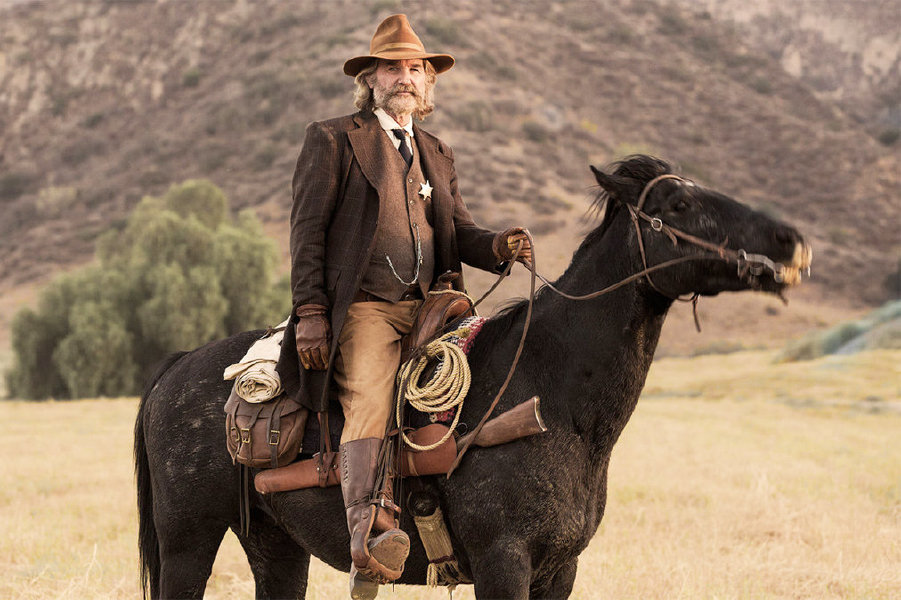 You don't have to wait until The Hateful Eight to see Kurt Russell in a western. Even then, you'll have to share Russell with seven other hateful badasses. In Bone Tomahawk, Russell is front and center and in almost every scene and you can see it this Friday.

Sheriff Franklin Hunt (Russell) arrests a suspicious stranger (David Arquette), but sends a doctor (Lili Simmons) to tend to his wounds. The next day, the stranger and doctor are missing, having been kidnapped by a tribe of cannibals from whom the stranger escaped. So Hunt, Deputy Chicory (Richard Jenkins), the doctor's husband Arthur O'Dwyer (Patrick Wilson) and a well dressed intellectual (Matthew Fox) set out to rescue O'Dwyer's wife.

Their journey is somewhat slow, but you'll remember so was The Searchers. Bone Tomahawk gives us time to get to know its characters, and the events of the journey illustrate their strengths and weaknesses. It's very smart to surround their campsite with bells to alert them of intruders, but the outlaw frontier doesn't play by any rules, so nothing is fool proof. 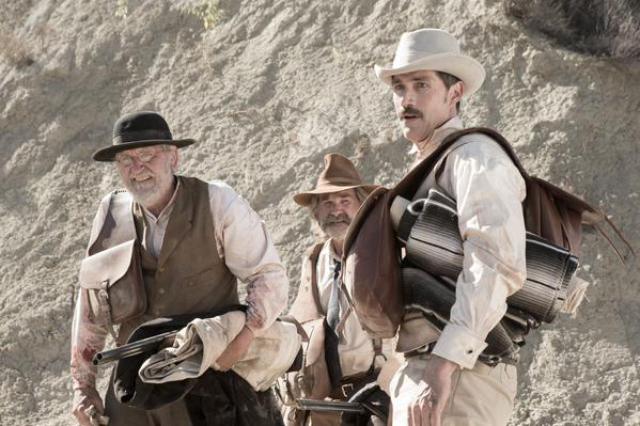 Hunt really is a perceptive sheriff. This is before high tech CSI science, but good old fashioned common sense helps him root out the strangers suspicious motives. Now, maybe leaving the stranger alone in a cell with a female doctor and a rookie guard on the night shift was careless, but as we see, even four able bodied men are no match for this cannibal tribe later.

The film does a good job building up this tribe to be a terrifying force. It's also careful to specify that most Native Americans were not like this. These are an anomaly even the town "Indian" advisor distances himself from. The slow build makes it even more exciting when we finally see them clearly and they attack. The graphic mutilation they commit is horrifying. There may be a bit of a shock thrill, but it's earned because no classic western went there.

Russell makes for a heroic leader but his costars are all great too. Jenkins is scrappy as the faithful deputy who would love to be as cool as his boss. Wilson plays a husband dragging his injured body across the country and making us feel the pain he's in. Fox exudes the cockiness you'd hate in a social situation but that they need on this mission.

Bone Tomahawk is a classic western in spirit but modern film in hard hitting brutality. It might not be for everyone's tastes, but then neither will The Hateful Eight. For fans of westerns, fans of this cast, or just fans of epic adventures, Bone Tomahawk is in theaters, iTunes and VOD October 23.