Fantastic Fest Review: 'The Keeping Room' Keeps Us in Suspense

At this point in the Civil War, western life is almost post-apocalyptic. It's great to see such capable women maintain their home and hunt for food. 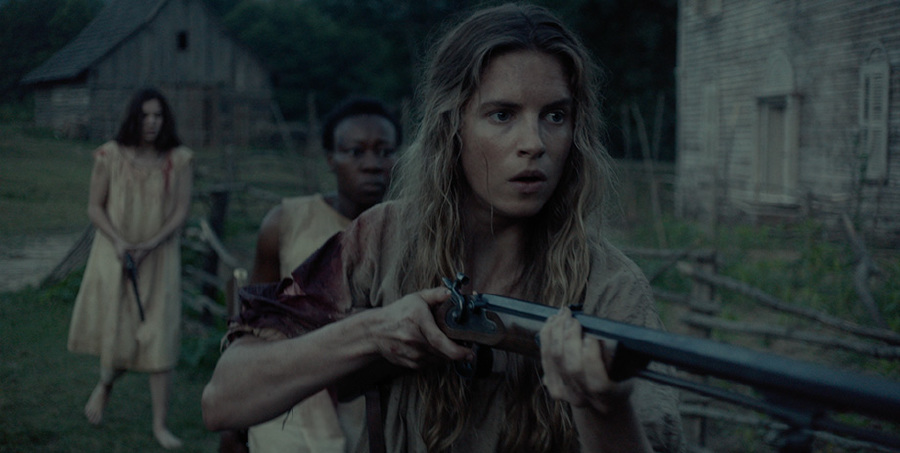 Since seeing Brit Marling's first two movies at Sundance 2011, I've been keeping up with everything she's done. The Keeping Room played at the first Toronto Film Festival I did not attend in three years, shortly after which Drafthouse Films picked it up for a 2015 release. Now I finally got to see Brit in her hardcore western, and it lived up to my expectations for a Brit Marling movie.

Augusta (Marling) is taking care of her farm in the waning days of the Civil War. It's just her, her ailing sister Louise (Hailee Steinfeld) and their slave Mad (Muna Otaru). So they are vulnerable to outsiders, and we know who the most dangerous outsiders are because we've met Moses (Sam Worthington) and Henry (Kyle Soller) attacking and burning a carriage in the beginning.

At this point in the Civil War, western life is almost post-apocalyptic. It's great to see such capable women maintain their home and hunt for food. The tension is increased because not only is there no law, but there's practically no one else around. Augusta makes one trip into town, with a noteworthy twist on the "stranger entering the saloon" trope, but it only reinforces nobody's going to be around to help them.

Director Daniel Barber, from a script by Julia Hart, builds up the tension in the first half of the movie. When Augusta is forced into action, the tension pays off. It's really intimate action, because it's essentially between five people. It's not The Wild Bunch or the wonderfully outrageous one-on-ones of The Quick and the Dead or Sergio Leone. It's a dangerous standoff where every deadly move counts. 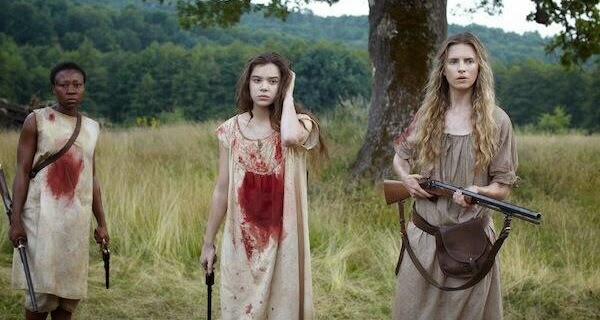 The Keeping Room really is the women's story. Moses and Henry are hardly even in it, which makes them scarier. We don't spend enough time with them to get any sense that they might have vulnerabilities. They're truly dangerous strangers. Marling brings incredible depth and soul to this desperate heroine. Steinfeld is sick in bed for most of the movie, but gets to earn her moments when they come. Having not seen Otaru before, she is a nice discovery.

People have asked me if The Keeping Room is a feminist western. I guess it is because it's so uncommon to have women fulfill these traditional western roles. It's not as overt as The Quick and the Dead or Sweetwater though, which is fine. All three are great movies. I just feel it's a great western that stars three women.

The Keeping Room played Fantastic Fest opening night and is in theaters and VOD Friday, September 25.