Does the Government Have the Right to Quarantine You?

Why the US Government Gets to Quarantine You 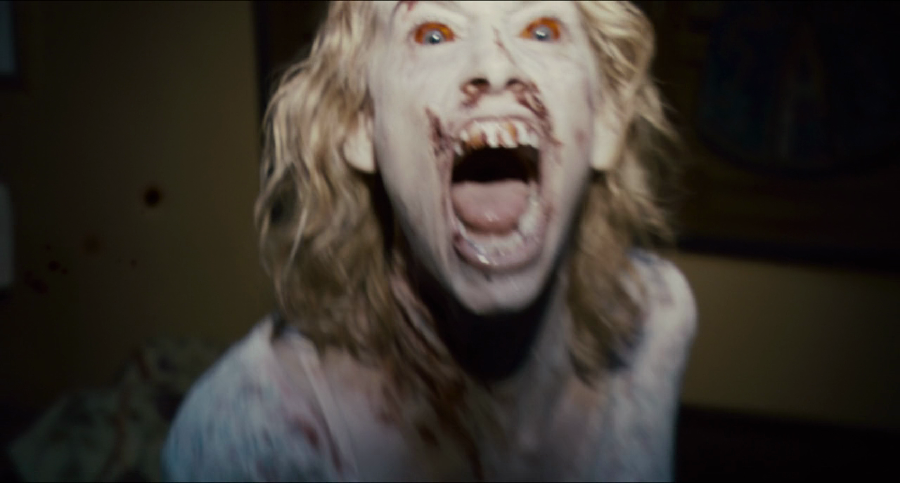 Did you know that governments and courts were allowed to legally quarantine people? Because I sure as SARS didn't. I know they do it in Zombie movies like Dawn of the Dead and, oh that's right, Quarantine "“ go figure. But I've got to plead ignorance here and say I really didn't know that it happened in real life, much less in America, and much much less in modern times. But apparently I was wrong. Would you guess that Ebola is in the news again?

For example: Louise Troh and her family, who hosted the Liberian Ebola-positive patient at her home in Dallas, is now under a court-ordered quarantine. She's neither allowed to leave her apartment or entertain visitors. If she tries, she will be stopped by private security guards and patrolman who have encircled the building. It is very likely that she will be confined up until HAZMAT teams are brought in to decontaminate the place.
Now, this really stinks for Troh, but did you ever think: how does this affect me? Well it does, though maybe not yet directly.
Quarantining makes sense: They did it at my college during my freshman year when Swine Flu broke out. If you had it, you had to stay in your room or risk expulsion. Friends of yours would bring you food and your homework, while you got to lounge in bed all day, skip homework, and watch Game of Thrones season 1 (ahh, the good old days). The quarantine definitely helped clamp down on the spread of the virus, and also separated real friends (those who fed you) from fake ones (John Hamilton, if you're reading this, thanks for NOTHING!). On the private level, quarantining is actually a good thing. 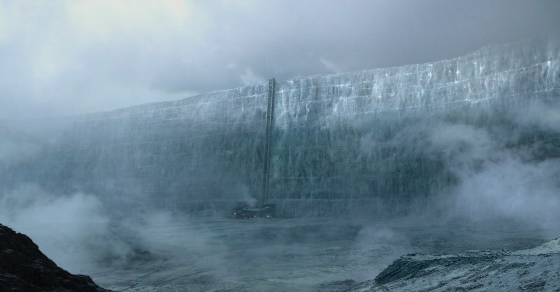 Border Control at Its Iciest, HBO
That said, if you had the common cold for a couple months, I doubt very much you'd like the Centers for Disease Control (CDC) keeping you locked up in your home, unable to leave or see anybody, even if it was during the Simpsons marathon. Because they have the right to do that. Well, maybe not for the common cold, but for other diseases.
Where did they get this right, you might ask? Well, it goes all the way back to the Constitution, specifically the Commerce clause. This clause gives Congress the right to "regulate Commerce with foreign Nations, and among the several states, with Indian tribes." That means Congress can tell people what they can and cannot trade, how much they can charge, etcetera. So I guess later governments interpreted diseases as being "commercial" that are "traded" back and forth like wampum or Pokémon playing cards.
Then, President Franklin D. Roosevelt got the Pokéball rolling when he signed a bill called the Public Health Service Act in 1944. It made the US Public Health Service (PHS) chiefly responsible for "preventing the introduction, transmission, and spread of communicable diseases" that could pass US borders. The PHS became like the Wall keeping out diseased-ridden White Walkers with all its employees like the Night's Watch guards. Seems like it's for the betterment of the country, right?
Well, that's what we thought of Japanese Internment during WWII when we rounded up over 100 thousand Japanese-Americans we feared might be spying for the enemy. And look how that turned out: The US Government apologized profusely and also sent those interned some money to make up for their "mistake."
But how did the CDC actually get the power to quarantine? And on US soil rather than just at entry points? In 1967 the PHS transferred quarantining authority to the CDC, which then set up 55 confinement stations at "every port, international airport, and major border crossing." So it was just a changing of the guards. And then those new guards got really gung-ho about their jobs.

Kind of Like This Guard, But Less Spinny
Then 42 Code was passed. Sounds ominously vague, does it not? 42 Code gives the CDC the express power to "detain, medically examine, and release persons" traveling between states they suspect might be harboring infectious diseases (Cholera, Diphtheria, TB, Plague, Smllpox, and a lot more). Woah, Nelly. That is a pretty wide net. Any limits to those detention sentences? How "invasive" are these medical examinations, Doctor Mengele? How many times does a detainee need to say "pretty please" before you release them?
This means that, like in the case with Ebola, the CDC can issue quarantine or isolation orders in states of emergency, or even perceived emergency. These orders can trickle down the governmental ladder to say, oh, Dallas, Texas. Not only that, but state and local authorities can even ask the CDC to grant them the authority to contain outbreaks. It's a two-way street with not too many speed limit signs.
Now, I'm not saying that quarantines are a bad idea. I'm afraid of Ebola as much as the next paranoid hypochondriac. Any way the US Government can put an end to the threat short of nuking the world, I might just be in favor of. I was just surprised to know that Uncle Sam has the right to put you on house arrest for an indefinite amount of time for carrying a communicable disease. Were you?
Read This Next

Something Terrible Is About To Happen To The Internet, And We Need To Do Something
Michelle Ranken | News
Share
Read This Next

1
8 Finger-Licking Recipes to Help Your Body Fight Ebola
Here's how to battle Ebola, one bite at a time

2
Understanding the Ebola Outbreak
What you need to know about the deadly 2014 Ebola outbreak causing hundreds of fatalities.

3
Something Terrible Is About To Happen To The Internet, And We Need To Do Something
The internet as we know it might soon be a thing of the past.
Advertisement
Read This Next

13 Things You Must Know About Area 51
Nat Baimel | Stories

These Powerful Pictures Were Taken During The Final Hours Of The Standing Rock Protest
Protestors are being arrested while the tribes burn their camps to the ground.

The Government Is Considering Legalizing Ecstasy. Seriously.
This party drug may be the key to treating PTSD.

30 Million People Lost Their Healthcare And Now 400 Super Rich US Households Will Receive A Giant Tax Cut
It's a confusing process, so let's break it down a bit, shall we?