Country, Honky Tonk and Americana: The New Sounds of the Indie Scene?

Youth culture's sudden love of a formally taboo genre is a major breakthrough for country music. 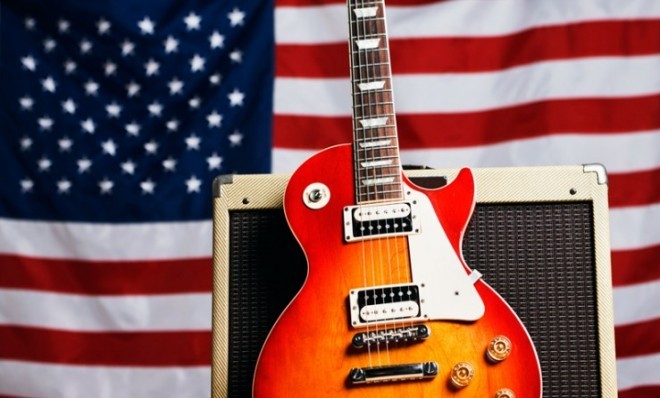 When you think about young, fashionable bohemians who are known as a subculture for taking over entire neighborhoods in major metropolitan areas "” aka hipsters "” country music probably doesn't come to mind. But it soon will.
For decades the indie music scene was dominated by the sound of synth "”electronic tunes, airy vocals, euro-inspired ennui. But now, it's looking like urban music afficianados have had enough of the monster they themselves created; they're starting to embrace synth's polar opposite: Country, blue-grass, honky-tonk. Yes, these are the new sounds of cool. 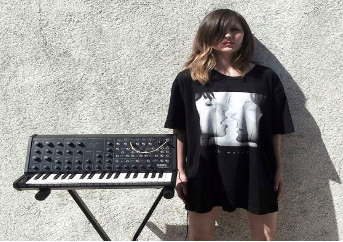 Before, electricity-club.co.uk
In places like Silver Lake and Echo Park "” the most hipster-rich communities in Los Angeles "” it is now common to see three honky-tonk rock bands in a row at any given venue, on any given night. 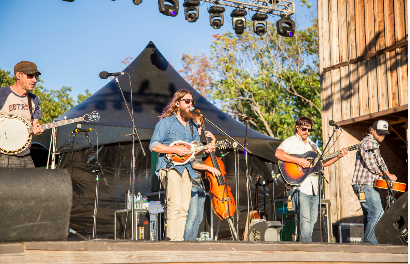 After, readthehorn.com
Such was recently the case at The Satellite "” a landmark LA watering hole that touts itself as "a legendary tastemaker for the eastside indie rock set." The first act was predictable synch-pop, but the groups which followed were pure Americana "” Ivory Deville, Bones Muhroni and Deer Dragon. That's 75 percent of the evening's line-up!
"If you went to The Satellite a year or two ago, you definitely wouldn't see that," Ivory Deville's lead singer and guitar player, Johnny Elkins, told me a few days later.
So how did it happen that suddenly urban "cool kids" nationwide are embracing a genre formally thought of as being reserved for old folks, country bumpkins, and other decidedly un-bohemian types?
To find out, I met with Ben Reddell, a 34-year-old musician, who has played an instrumental role in bringing country music to the LA indie music scene since relocating to the city from Texas in 2002.
"At first I was really alienated by other musicians when I told them what kind of music I played, especially when it came to the hip clubs on the East side. They wouldn't touch country music with a ten foot poll," he said. "In the early 2000s it was like pulling teeth trying to get my country band a gig."
But eventually, things started to pick up. Today, on top of fronting his own self-titled band (Ben Reddell Band), Ben also curates the Grand Ole Echo "” a weekly summertime concert series featuring Americana, roots, and country artists. And it's becoming more and more popular with young music connoisseurs. 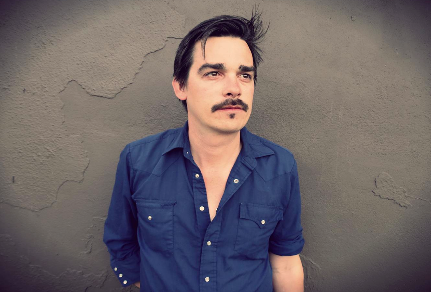 Ben Reddell, Courtney Sudbrink
First and foremost, Ben credits none other than the almighty Internet for country music's increased acceptance over the last decade. "People's listening palates have gotten larger because they now have this resource where they can look into all different types of music," he explains.
The digital age allowed artists like Conor Oberst, My Morning Jacket, and Mumford and Sons to build a following without needing to rely on radio "” a medium that tends to play it safe by catering to the masses. Hence, these pioneer musicians, who are enjoying ample airplay today, were gradually able to start the current heartland rock revival.
But while the Internet may have given the genre greater reach, the reason that all things Americana are now actually in vogue really has more to do with ideology, rather than technology.
In the past, hipster culture was the rejection of all things mainstream. Patriotism was lame. Being worldly, enlightened, and cutting edge meant embracing things that are foreign, exotic, and previously undiscovered. Country music, which very much goes with the grain of American convention, epitomized the banality that hipsters opposed, making it off limits. 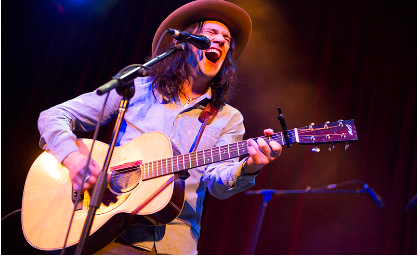 Connor Oberst, ocregister.com
Ben is cognicent of this shift in values, believing it to have actually been set in motion nearly 40 years ago:
"After the Vietnam War, the youth just wanted to rebel against the powers that be. That's why we got punk music and heavy metal. It was almost like the American experience had to rebel against the status quo. Country music was a representation of our grandparents' generation and people wanted to be involved with the antithesis of that. But I think as time goes on and culture forgives itself for the maladies of the past, I think the youth has now realized that they don't have to rebel against country music anymore."
At the same time, youthful rebellion is also undeniably the very thing that's enabled country music to finally come back around. Except present day trendsetters aren't rebelling against cultural norms set by their grandparents, but rather against those that were established by the previous generation of hipsters. After years of electronic sounds reigning over the indie music scene, young bohemians are clearly getting sick of it. Or as Ben put it, "The simplicity of country music is a breath of fresh air. You can't listen to Skrillex all the time."
Ivory Deville's bass player, Wolf Ramirez, would agree. He's been a first-hand witness to this phenomenon ever since Ivory Deville formed in early 2013. "(Before) people weren't dancing at shows. They'd just stand with their arms crossed and look apathetic. At the shows we play people actually dance. I didn't used to see that around Silverlake." 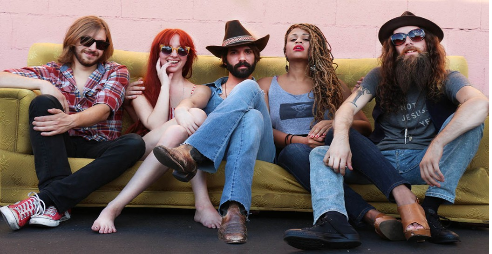 Ivory Deville (Elkins center, Ramirez far right), Geena Andrews
In a sense, the revival of Americana is basically a coup. But that isn't to say that the genre doesn't have anything to offer other than a change of pace. Both sonically and thematically, grassroots music has plenty of appealing qualities. It's unapologetic, it's honest, it's genuinely fun, it's got pedal steel guitars, it tells stories, and it evokes visceral emotions.
When you add all of its positive attributes to the current climate of indie listening culture, it makes perfect sense for Americana to be the burgeoning new musical trend.
Ben recalls a recent example: "The other day a car with two teenagers pulled up next to me and they were blasting Hank Williams "” and that's so rad! When I was in high school that would have been seen as so f****** lame."
In fact, neo-Americana artists such as Lydia Loveless, Sun Kil Moon, The Civil Wars, Fleet Foxes, Band of Horses, and Alabama Shakes are currently some of the most talked about acts among highly discerning followers of indie rock even though they are stylistically products of honky-tonk, blue grass, and/or country music.
Aside from its takeover of music venues in trendsetting cities like L.A, Portland, Austin, and Nashville, the craze is slowly but surely even winning over Williamsburg, Brooklyn. Why's the last one significant? Well, that's usually the last of America's hipster hotbeds to pick up on any movement that should happen to go nationwide. The heartland sound is also becoming more and more prevalent on indie charts and alt-rock radio stations. 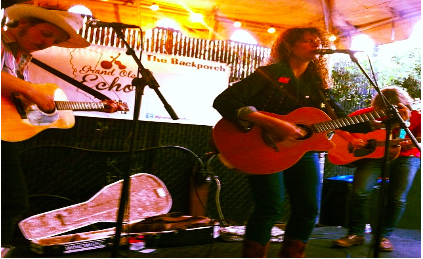 Alana Amram performs at Grand Ole Echo, Ben Reddell
While youth culture's sudden love affair with the formally taboo genre is a major breakthrough for country music, it may also be what eventually ruins its cool factor.
At this point, the popularity of Americana extends beyond music. For the past two years, the heartland aesthetic has enjoyed a dominant presence in the fashion world as well. This means that Americana is a full-fledged cultural trend. And like any other trend, it's bound to run its course.
Even though indie country is still in its infancy, considering the average life-cycle of musical popularity, there are already signs of people jumping on the Americana bandwagon just because of its promise to be the next big thing.
Wolf has witnessed this aspect of the trend as well. "There are guys who will be like, `oh lets get a couple of girls and some guy that plays harmonica,' but they don't do it right and you can see through that. It kind of hurts what we, and other bands making authentic rock n' roll, are trying to do."
Wolf and Johnny both originally hail from Texas and Oklahoma, and have had an affinity for honky-tonk long before there was a scene for it in L.A. They might have genuine country credibility, but apparently, other musicians in the city do not. "If somebody puts on a fake country voice, I don't like that. There are bands out there like that. I'm not going to mention any names, but some of these guys grew up in Laguna Beach, man!" Johnny revealed.
Actually, some artists hoping to capitalize on the demand for Americana aren't even from the United States. At this very moment, Alt-J's `Left Hand Free' is the third most played alternative rock single according to Billboard. The song's bluesy twang and accompanying music video featuring pick-up trucks, four wheelers, cattle, sprawling fields, and other things that say `Merica' make it hard to believe that Alt-J is actually a British band!
Ben also has mixed feelings about the genre's growing popularity, "It's a double edged sword"”I want to see country do well, but I don't want to see a bunch of pretty boys in skinny jeans s**** it up." 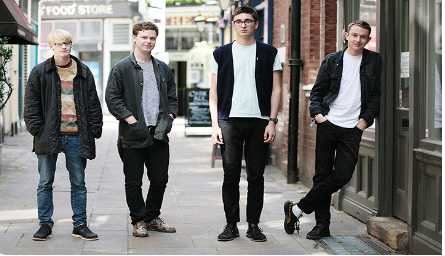 Alt-J, artsfuse.org
At the same time, he doesn't believe oversaturation to be an immediate threat.
"It's still a struggle.  It pales in comparison with other indie music scenes," he says. "I would be very surprised if this trend became overkill. The country musicians that have been successful on the indie scene, even after 10 years, they're big but they're not that big. And that's where I'd like for them to remain in my heart of hearts."
Fortunately, unlike many other so-called `hipster fads' that become overexposed and lead to ridicule and mass rejection, the depth of country music's roots will certainly save it from a similar fate, even in the case of overabundant popularity.
If country music does leave the indie music scene, the genre will survive. It will simply return to its rightful owners "” the people who bravely supported it before it was cool and will to continue to do so unconditionally. And that's where Americana will comfortably remain and continue its evolution, until the cool kids inevitably decide once again to befriend it.
Read This Next

Are These Vintage Pictures Of Stars Or Modern Day Pictures Of Hipsters?
Katie Willert | Pop Culture

1
15 Ridiculous Foods That Prove Hipsters Have Gone Too Far
These snacks are almost too cool to consume—almost.

2
Are These Vintage Pictures Of Stars Or Modern Day Pictures Of Hipsters?
Hipsters or old school stars? It's way harder than you'd think.

20 Patriotic Manicures to Try This 4th of July
This hand is your hand, this hand is my hand...

24 Reasons Why You Need to Drive Route 66 Before You Die
If you don't want to hit the road after seeing these 24 images, then you're not an American.

Can You Figure Out What's Wrong In These Pics?
The moment you see it...