This country has been trading human lives since its birth. 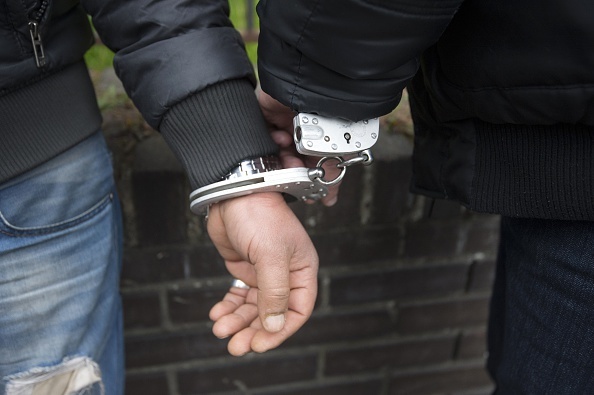 Americans love their slaves. Whether prostitutes acquired through human trafficking schemes or prisoners serving time, the red, white, and true blue American dream is putting people in chains. After all, this great Constitutional republic of ours was built on the backs of African-American cotton-pickers.

But there's a newer more sinister, almost respectable, industry of slave trading taking root right up under our noses. It's called the private prison industry.

A New Birth of Slavery

The first private prison contract was secured by the Corrections Corporation of America in 1983 when the Immigration and Naturalization Service (INS) needed a place to house illegal immigrants awaiting deportation. In 1984, there were five U.S. prisons with  total inmate population of 2,000. By the year 2000 there were 2 million prisoners locked up and owned by corporations running private prison complexes. Today, 75% of the private prison market is controlled by two companies: GEO Group and Corrections Corporation of America (CCA).

GEO Group spends millions of dollars on lobbying state and federal politicians to make the penalties for certain laws stiffer. Which laws are they interested in? Primarily drug and immigration legislation. Why? Because they get more federal monetary assistance for each prisoner they hold. Longer prison terms mean more profits.

But that's not enough. They're making money on the back end too.

Who Really Owns These Prisoner-Slaves?

Prisoners have been allowed to work while in prison for quite some time. Prisoners held in federal prisons can earn up to $1.25 per hour and get paid overtime. The highest-paying private prison pays a generous 50 cents an hour. And the prisoners are working for some of the largest companies on the planet. You probably shop at some of them:

You can bet your bottom dollar the prisons selling this slave labor are getting paid more than 50 cents an hour, and probably less than minimum wage since the companies buying the "service" don't have to worry about unions, insurance, overtime pay, and other growing pains of international business growth. But you want to know the best part?

Both GEO Group and CCA are public corporations. That means you can buy stock in the prison-slave trade.

Last check, GEO Group was trading up at $43.18 while CCA was down to $39.64. There's one more reason to love slavery in America. You better get while the getting's good.

The American Dream Isn't Dead, According To 1 In 5 Americans
Kirk Pynchon | News
Share
Read This Next

1
8 Unsettling Observations About the Harry Potter Universe
Living in a magical world would be great, wouldn't it?

3
The American Dream Isn't Dead, According To 1 In 5 Americans
Ours is to eat a hamburger in all 50 states, but to each his own.
Advertisement
Read This Next

15 Powerful Pictures That Reveal How The Same Products And Images Look In The West Vs. Middle East
Michelle Ranken | Travel

This Is Why Bald Eagles Keep Dying, And It's Not A Metaphor For America
Paige Cerulli | News

There Are Only 8 Flavors In American Cuisine, And Here's What They Are
Gabrielle Meyer | Lifestyle
Advertisement

Bernie Sanders Is The Most Popular Politician In The US, Even Though He's Not Running For President
Eileen Mary O'Connell | News
You May Also Like

This Couple Spent The Past 30 Years Visiting Every Cracker Barrel In America
Whatever it takes to keep a marriage alive.

15 Powerful Pictures That Reveal How The Same Products And Images Look In The West Vs. Middle East
These images are very telling about what sells in different parts of the world!

These Rude American Manners Are Actually Polite In Other Countries
Consider this charm school before you start traveling the world!