Bite the bullet and face the facts. Games prepare us for crushing adulthood. 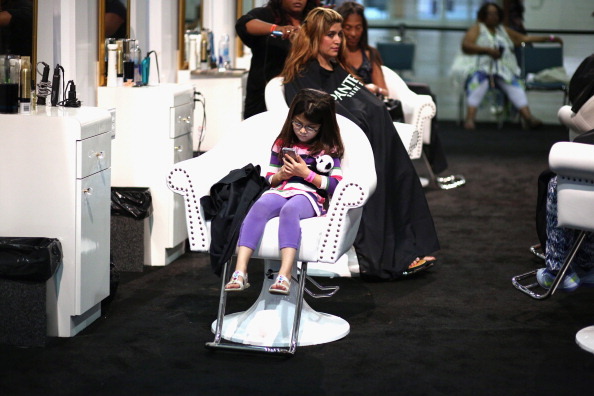 Most of us have played a video game at some point. And the industry continues raking in more money than Hollywood every year. Despite its cultural importance and popularity, the hobby still leaves a negative impression on many people out there who stopped hitting that start button years ago. If you talk to enough soccer Moms or aged politicians, then you'll eventually hear how games waste our time, make children stupid, or help turn players into serial killers.
Well, naysayers, I'm about to rock your World 1. Today we'll be looking at a valuable service that games provide our youth: demonstrating the crueler facts of life that you certainly won't see on any episode of Sesame Street or The Wiggles.

#1: You Will Fail. And People Will Mock You For It.
Video games are all about challenges "” challenges that you will frequently fail at until you either get better or give up. Exactly like life. However, in the gaming world you'll be mocked and belittled by various aggressive announcers insulting your performance along the way. And this goes beyond constructive criticism too "” it's borderline abusive. After hearing the words 'You Lose' for the 800th time in a tone insinuating your failure as a human being, you might just go take a bath with a toaster. 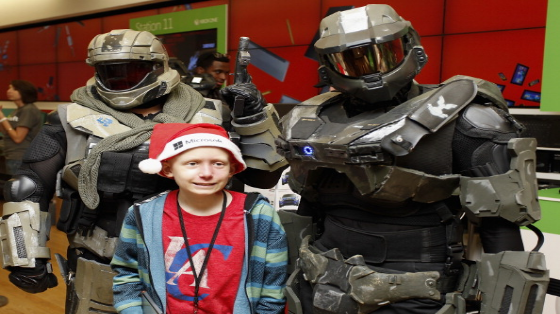 Sorry, kid. You're going to have more allergies in your life than women, Bob Levey / Getty Images
Every time I heard that sad music play after Mario fell down a hole, each moment the Duck Hunt dog laughed at me when I missed too many targets, every second I heard the Bond notes when I died in Goldeneye 64 "” I felt a desire deep down to advance my skills and prove the game wrong.
Experience enough defeat or shame and you'll quickly realize that there will always be people out there better and smarter than you. They can think quicker, talk more eloquently, and maintain those wonderful abs even after downing an entire pizza. And that's how playing enough World of Warcraft can teach you to not be too sad when the lifeguard takes off his shirt at the pool and you're still fully clothed in the deep end.
#2: Obsession and Collecting Can Bring Tremendous Success.
In your past, you probably knew somebody who never threw anything away. Or maybe you've at least seen one of those creepy hoarding shows. Either way, you've figured out the benefits of saving money for a rainy day and keeping items that you might need later. In video games, though, you never have to worry about discovering a dead cat underneath a pile of old LEGO magazines "” you're regularly rewarded for amassing large quantities of, well, everything.
Hell, the entire campaign behind Pokémon is that you "Gotta Catch `em All." If you don't, your life will be completely meaningless. Though the lamest games will only incentivize collecting by throwing an achievement screen your way, others unlock in-game abilities or new features for such obsessive behavior. In those cases, we're compelled to explore every nook and cranny in the virtual world. 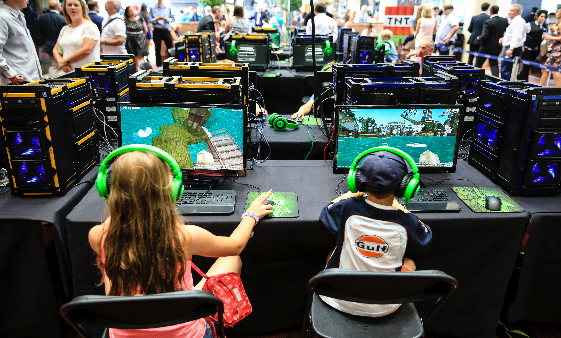 Must get all the things, Miles Willis / Stringer / Getty Images
When you apply such meticulous actions to the real world, people break records. You know that guy who made the biggest ball of twine in Minnesota? He left his mark. And I'd bet that at least got him one girl's phone number. People passionate about a particular topic are determined to excel at it. Think of all of the scientists who made profound breakthroughs all thanks to their exhaustive explorations. Don't forget the artists whose persistence created the music and media that have shaped modern humanity. So go ahead and let your kid try to fill his Skyrim house basement with skulls "” such an attention to detail may change the future forever.
#3: Most People Are Pointless And Boring.
Walk around in a video game long enough and somebody's bound to bother you. And like real life, most of these chats will likely bore your brains out. Yes, the numerous non-playable characters (NPCs) that fill our screens with their inconsequential small talk text can teach players how to prepare for years of repetitive drivel.
Listen to enough townspeople's tedious talking in games, and you'll soon be prepared for those office water cooler chats about the weather, countdowns to the weekend, and how Annie from accounting took her cats to the Grand Canyon because they're the cutest little darlings that ever existed. 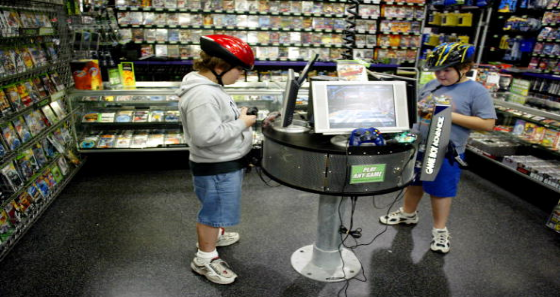 These kids took those game safety reminders a little too literally, Craig Mitchelldyer / Stringer / Getty Images
Think of all those pixelated crowd members cheering on sporting events and races, or the many citizens getting munched on in every zombie game ever made "” mere background props for the atmosphere. Now honestly ask yourself if those creations are all that much different than your lifelong Wal-Mart worker or fast-food employee.
#4: People Will Do Weird Stuff With Your Body When You Die.
For how many deaths there are in video games, there aren't many respectful burials going on. If you're playing a first-person shooter with your friends, then be prepared for your corpse to be desecrated in ways you never imagined. Die from a cocky player's killshot in Halo or Call of Duty, and you're bound to be tea-bagged in a matter of seconds. Yes, your best friend's dangly bits are about to repeatedly smack your face as you take your final breath. And that's the nicest thing somebody might do in a match.

This might make you blind, but not oblivious. Death awaits us all, Craig Mitchelldyer / Stringer / Getty Images
A corpse is only a temporary obstacle in video games "” the player knows full well that, in most cases, it will instantly disappear in a few seconds anyway. This could ultimately help children realize how fleeting life is or that the body's just a fleshy shell for one's personality "” the second Mom dies in that blimp accident, she's gone and there's no need to waste valuable resources storing her away in a mausoleum or encasing her in a giant Pyramid. Maybe players will then realize they should get more hugs from her when she's alive.
#5: Life Is Unquestionably Unfair.
Frequently, the odds are stacked against you in both video games and life. Maybe a youngster won't fully realize the rough struggle our planetary journey can be until after repeatedly incinerated by dragons (I'm looking at you, Monster Hunter). Sometimes cruel game designers are to blame. Getting repeatedly knocked back into a hole in Ninja Gaiden or Castlevania could prepare you for many adulthood frustrations like taxes or rejection from health insurance companies for having one too many angioplasties. While other times you're dealing with bad programming and game-breaking bugs that prevent you from accomplishing your quest "” these setbacks are random and unavoidable, much like getting hit by a out-of-control bus on your morning jog. Human existence, when boiled down to the most cynical view, is merely a series of hurdles that you eventually won't be able to clear one day. In the long run, everyone gets a Game Over. 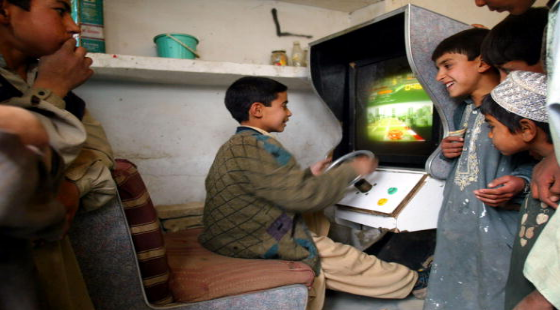 You drive a tank into an orphanage and your entire platoon gets credit. WTF? Joe Raedle / Getty Images
But don't get too down yet, because there's more. There's no more effective technique to slash a child's expectations than guiding their Final Fantasy character onto an island teeming with overpowered beasts they stand no chance against. As you watch their tears drop quicker than their HP, you'll see some learning going on in that developing brain. And don't forget about all of those inferior side characters who insist on joining your party or demanding protection over the course of any given game "” an important life lesson in why group work sucks.

Though these gaming facts of life may be hard to swallow at first, they will certainly help players prepare for their real world adventures. Yes, all of those hours spent in front of the TV were more than mere entertainment "” they were a training simulator to prevent you from being blindsided by crushing adulthood disappointment. Life isn't terrible, but there are few truths that can sure make you feel that way from time to time. So keep pressing those buttons, my gaming friends, and who knows what you'll learn next? Just do it while you can "” that crippling arthritis will kick in soon enough.

Ready for more? Here is Part 2.
Read This Next

This Gamer's Girlfriend Gave Him An Ultimatum, And He Didn't Hesitate To Dump Her
Sam Warren | Gaming

1
This Gadget Turns Your Android Phone Into A Gameboy For $50
We would like to take this moment to say: take my money.

2
This Gamer's Girlfriend Gave Him An Ultimatum, And He Didn't Hesitate To Dump Her
He may love his video games but this guy has some wise words in him.

3
Here's How You Can Play Super Mario 64 Online With Your Friends
A classic title is back in a whole new way. Learn how you can now play this single-player game with as many friends as you want.
Advertisement
Read This Next

Someone Discovered A Super Mario World Secret, 26 Years After The Game Was Released
Lindsey Gentile | Nostalgia

This Jaw-Dropping Video Shows You How the Future Will Be, and You're Not Going to Like It
Dartanion London | Technology
Advertisement

The Pokemon Go Backlash Has Begun...
These people would like you to stop it with the Pokemon Go.

Some Of The Funniest Things To Happen On Pokemon GO
I wanna be the very best, but first, let's laugh at some Pokemon GO screengrabs!

2 Professional Gamers Accused A Teenage Girl Of Cheating And She Straight Up Dropped The Mic On Them
Accusing someone of cheating is a serious allegation, especially in the gaming world.